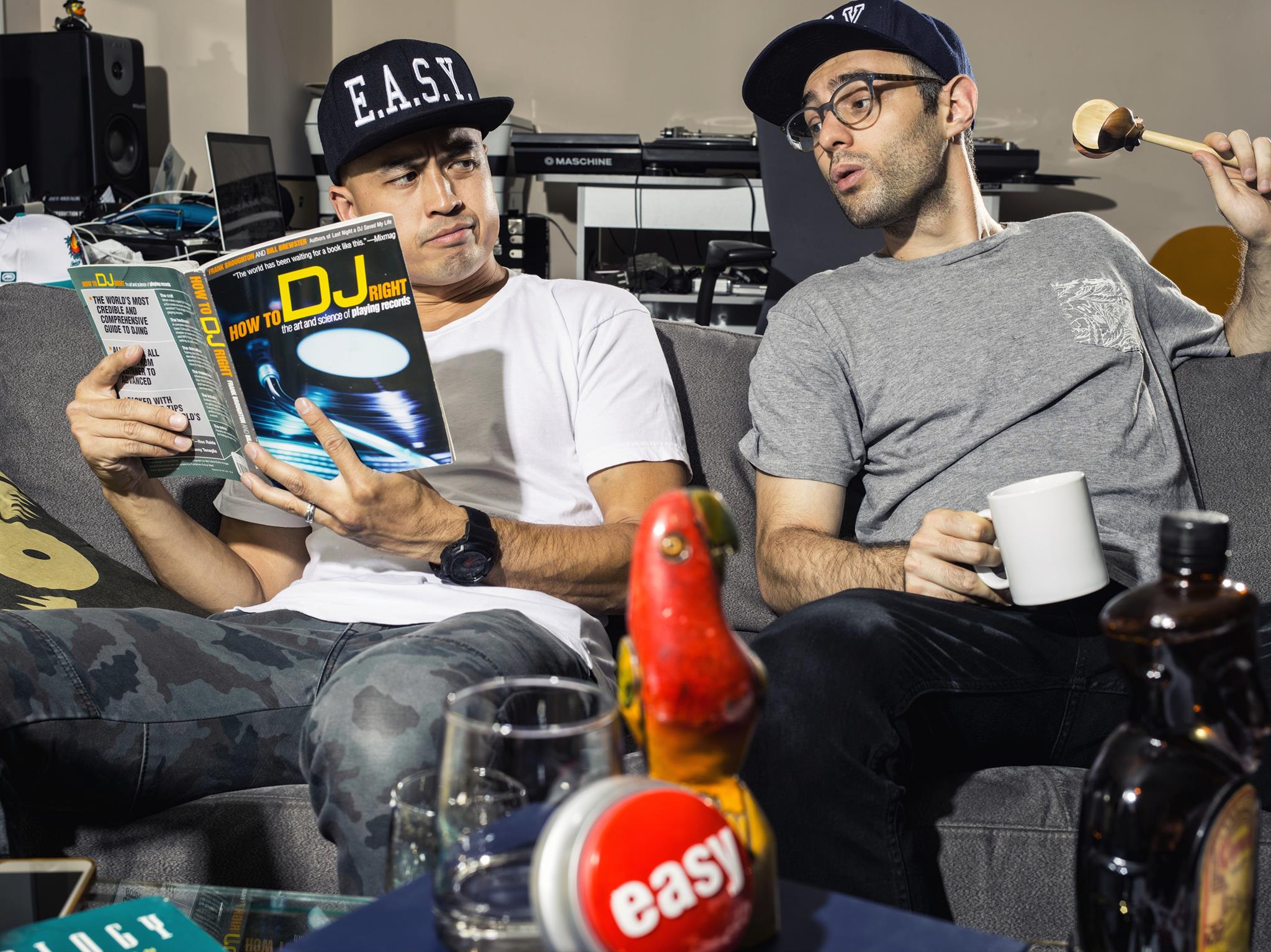 The production duo comprised of Enferno & Shiftee make up the super group of E.A.S.Y., and recently put out a brand new single as the follow-up track to their highly renown remix of A-Trak’s “Push”.

Their latest original “Coming Around Again” is truly a jam, one that seems very Keys N Krates influenced. In addition to the track, now we have the official music video to go with it. Maybe it’s not your typical video, but a significant one indeed.

“Fake it till you make it?”. Nah. Not your typical DJ either. Maybe you’re too used to that and want to see some real LIVE music. We’ll seek no further. You definitely want to catch a show from E.A.S.Y. if you get the chance!