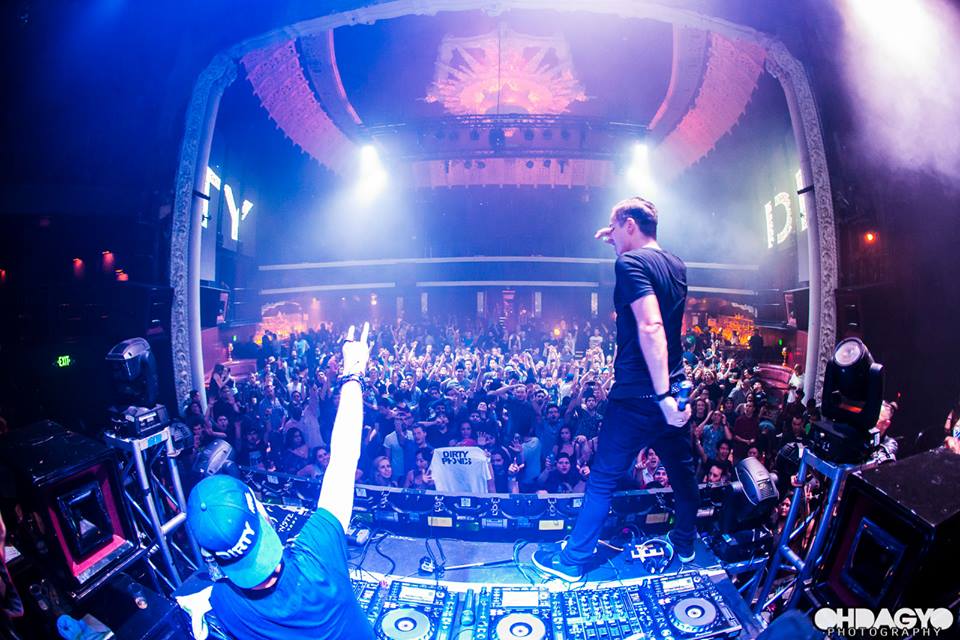 When Dirtyphonics decided to name their latest EP “Write Your Future,” they couldn’t have been more on the money with the way this EP would identify with listeners. The intro tune “Power Now” featuring Matt Rose resonates with rock lovers and metal heads alike while “Hustle Hard,” with UZ & Trinidad James provides the perfect motivational,hip hop anthem to get you through your day. Things only get more intensified as 12th Planet and Dirtyphonics team up with Julie Hardy for a filthy, wubbed out tune that vibrates from the speakers to your spine. To round things up, comes a melodic dubstep track featuring Matt Rose,with lyrics that compliment the fuzzy feeling of the bass. Overall this EP, provides the perfect soundtrack to the every day motions of life. Be sure to grab your copy below or stream via Soundcloud.

Be sure to catch Dirtyphonics on their tour as well, dates below.