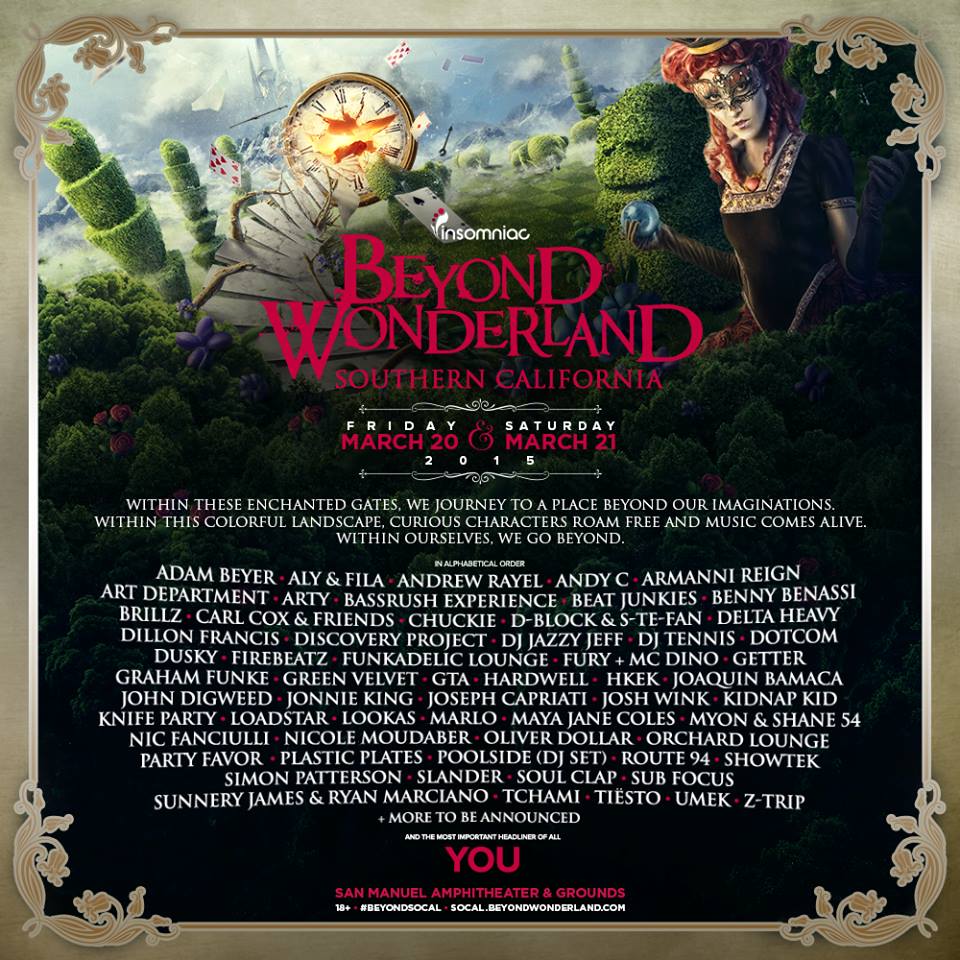 SoCal headliners are diving back deep down into the rabbit hole of Beyond Wonderland coming this March 20th and 21st at the San Manuel Amphitheater, San Bernardino.

Due to venue complications in 2013, Beyond Wonderland was forced to move up towards to the Bay Area during late summer of 2014 after it’s plans were ultimately caceled in March. Though, after a steady and successful first ever hosted Nocturnal Wonderland at the San Manuel Amphitheater last September, the venue has allowed Insomniac Events to host it’s prime spring time festival in the wavy mountains of San Bernardino.

2-day GA passes start from $150 – venue camping, shuttle pass, and hotel information can all be found via the ticket link below.