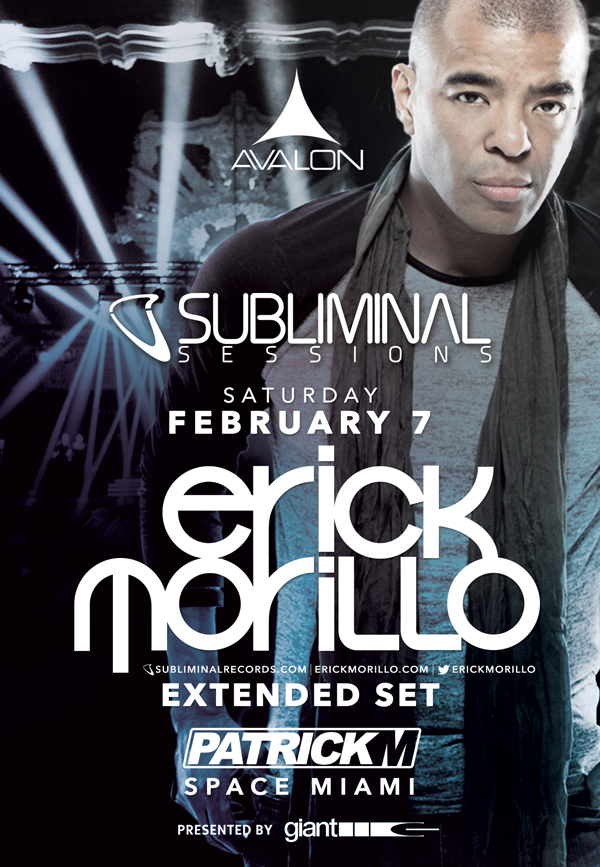 On Saturday, February 7th, Avalon proudly welcomes the return of Erick Morillo’s Subliminal Sessions showcase for a special Grammy-weekend performance, and the official relaunch of his label Subliminal Records.

To commemorate this special night, the legendary DJ / producer will be spinning an extended all-night set, with support from Miami house pioneer Patrick M to get things warmed up for the night. Adding to the excitement, Avalon is officially unveiling its brand new bass spewing 40 inch subwoofer, created by Avalon’s founder himself John Lyons, in conjunction with EAW.

The Grammys brings an “Anything Can Happen” optimism, as Avalon is no stranger to celebrity appearances. Iconic artists such as Diddy, a close friend of Erick Morillo, will surely be making their Grammy rounds throughout Hollywood this evening. Expect plenty of surprises bound to make this night one for the books.