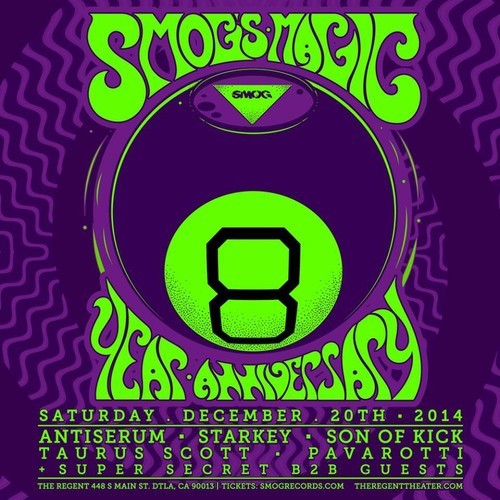 For 8 years SMOG Records has been bringing some of the brightest and most bad ass DJs in the Dubstep realm. The name 12th planet should ring a bell when you see the word SMOG as him and his amazing team have helped shaped the vision of the bass scene with their amazing tunes and legendary shows.
Today, the label rings in their 8 magical years with a special show at The Regent in Los Angeles with artists such as Starkey, Taurus Scott, Antiserum, Son of Kick, Pavarotti, and special B2B guests. In addition, the man 12th Planet himself has thrown together an incredible mix featuring current party pleasers and nostalgic fan favorites to take you on SMOG history ride. Special thanks to THUMP for streaming this mix as this is one you won’t want to miss.