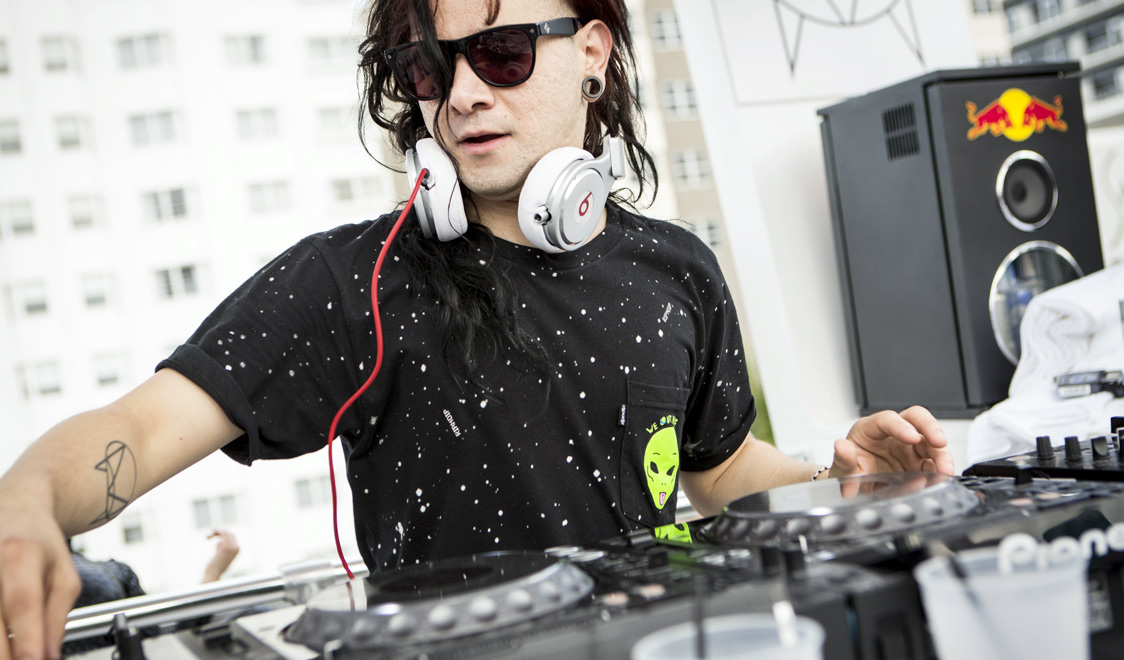 2014 was an undoubtedly huge year for dance music. From the “death” (I say that in quotes, kids, because it’s false) of dubstep and trap, to the rising popularity of the deeper genres, we have seen some incredible new music released this year.

As the year comes to a close, we’ve decided to do a few “Top 10” lists for you fam, and after much back and forth on this, we have created a list of the top 10 albums of the year, including hip hop – in no particular order.

Okay, I know I said no particular order, but you have to admit Skrillex has had one hell of a year. With the highly anticipated album Recess, Skrillex debuted the album song by song on his own app, talk about the future. The album has had some of the top played songs, including “Recess,” “Fuck That,” “Dirty Vibe,” “Ease My Mind,” and “Ragga Bomb” – oh did I name the whole album? Ooops. Point proved.

Featuring the chart topper “Here For You” with Laura Welsh and the hypnotic hit “Real” alongside Yasmine, Gorgon City’s “Sirens” has proven to be a haven for melodic and progressive lovers alike. With the help of some incredibly talented vocals such as Katy B, Jennifer Hudson, Mnek, and so many more, “Sirens” has perfectly blended the balance between heartfelt lyrics that move you and harmonies that get you moving.

While Deadmau5 could easily be considered the most talked about person in electronic music this year, let’s not forget he dropped his highly anticipated “While (1>2)” in 2014. This 25-track album was everything we expected it to be, a thing of beauty. Deadmau5’s double album was a musical journey that is full of dark techno rhythms and experimental masterpieces. Thus proving, Joel can talk the talk because he can walk the walk. While he hasn’t released anything since his album dropped, his fans are potentially waiting for more information regarding his 2015 “Entropy” tour.

Porter Robinson has had quite the year with the release of his album, Worlds. While it wasn’t like anything we had heard from him at the time, the release of his first single ‘Sea Of Voices’ still won the hearts of so many. Porter Robinson was finally making the music that he wanted, no matter how astray it was from his prior works. Sitting down and listening to this album front to back takes you on a journey both musically and emotionally. You might randomly catch yourself smiling or come down with a hard case of ‘the feels’ listening any of these tracks. Along with the release of this album came his first LIVE tour. Moving the decks aside, Porter Robinson turned the ‘Worlds’ tour into something so much more intimate and personal for him and everyone else in attendance. Not to mention the production involved was extremely vivid and visually stimulating. As for 2015, only time will tell as to what Porter Robinson could possibly planned next.

Bassnectar is the king of experimenting with different sounds and styles, and not really giving a fuck what anyone else thinks. On this album, probably his most ambitious to date, he covers a ton of ground, from the spacey almost hip hop of ‘Ephemeral’ to the trap anthem ‘Don’t Hate The 808’ to the in your face bass of ‘Noise.’ Every track on this album is dope, and has its own unique flavor, and it really encapsulates Bassnectar’s whole career up until this point. We can’t even begin to imagine what he’ll do next, but it will definitely be even doper than NVSB, if that’s possible.

Dillon’s debut album was everything we had hoped for, and more. This genre-defying album showed Dillon’s versatile taste in music, and production skills. A few of our faves include “I Can’t Take It,” “Drunk All The Time” (COUGH The Rebirth) and “When We Were Young.” Dillon even commented on the album saying he got to collaborate with some of his favorite artists he has been aspiring to work with. These artists range anywhere from Brian Urie from Panic at the Disco! to Twista to The Chain Gang of 1974. We love the diversity and personality that was put into #MSFR, but we also will be patiently waiting for that moombah ep (wide eye emoji).

Abandon Ship, though not what the dubstep fans were looking for, encompasses so much of what’s great about dance music. The album is diverse and shows the progression of Knife Party’s style and taste. A great example of this is “EDM Trend Machine,” Knife Party’s take on deep house is right alongside our favorite track of the album “Give It Up,” which is reminiscent of KP’s older style, as the song sounds nearly identical to the legendary “Bon Fire.” The diversity of the tracks is refreshing and so many songs from Abandon Ship are being played out at festivals.

If you’re thinking, Chromeos is getting stale and boring I can assure you that “White Woman” will disappoint you in that respect, in fact it breathes a level of exuberance that rivals their past releases. There is no amount of sexy bass slapping that will ever get old or tiring to the ears. Featuring their successful singles “Over Your Shoulder” and “Sexy Socialite” from last year, plus their Coachella-crushing hit “Jealous,” which has already received the remix treatment, as well as receiving love on radio airwaves across North America. The album itself is by no means Chromeo’s first major musical endeavor, in fact it’s their fourth studio album. What seems to have been the variable this time is their crossover into EDM. Picking up remixes for their latest singles from the likes of Dillon Francis, Benny Benassi, Boys Noize, The Chainsmokers and plenty more, the two funk lordz have found themselves in a spot where they are able to get the best of both worlds.

One of the best lyricists in the realm of Hip-Hop, J. Cole (aka Yung Simba) has released what is easily one of the best albums of the year. 2014 Forest Hills Drive is also a very important album for the culture of rap. In an year when crime, politics, rasicm & religious unrest is rampant in the world, J. Cole has produced something that, once heard in it’s entirety, brings to mind thoughts of youth, love, values and things happening in other parts of the country that you would be probably be deaf to if not for the music. Not to mention, the album is complete fire from beginning to end (the intro and outro are two of the best I’ve ever heard) and tracks like January 28th, Wet Dreamz, 03 Adolescence, A Tale of Two Citiez, Fire Squad, G.O.M.D., No Role Modelz, Hello, Apparently, and Love Yourz are all joints that make this album an instant classic. Cole has proved once again why he will go down as one of the best rappers to ever do it as his flow, delivery and personal story/messages are all laced throughout 13 tracks of pure gold. If you’re still sleeping on this one it’s time you wake up and put this on your playlist. So as you reflect on this past year don’t be scared to put the volume on blast and roll up to 2014 Forest Hills Drive.

RL Grime’s Void album consists of 12 tracks, 4 of which are collaborations with artists including Big Sean, Boys Noize, Djemba Djemba and more. Throughout the entire project, RL demonstrates his innate dexterity behind the boards, combining elements of various genres within each track heard on the album to create some unique sounds that we’ve never heard before.