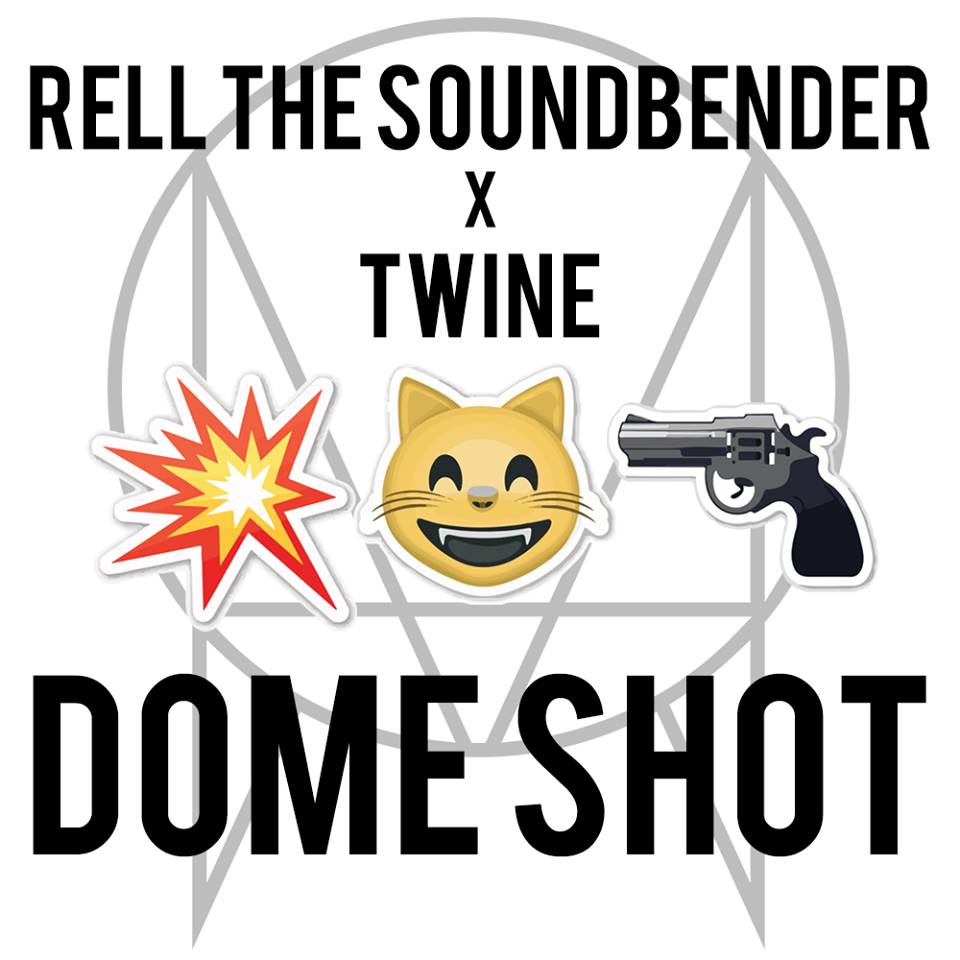 As premiered by Skrillex himself during his private Sirius XM Slipper Room set in NYC last month, “Dome Shot” a collaboration between Rell The Soundbender and Twine finally sees it’s light of day for an official release on OWSLA (currently territory restricted).

An unexpected but well deserved release for the two as both have respectably been making consistent noise this past year.

Twine, as we said back in May that this young man is not f*cking around, at all. His productions speak for itself, featuring quality head-banging bass throat inflicting sound-design that will leave your face, mind, and soul sub-woofed and melted.

As for Rell The Soundbender, the converted hip-hop producer has come a long way from freelanced beats. After have locking in official remixes for Bro Safari and Snoop Dogg, Rell The Soundbender broke out with release with Far East Movement and YG as well as a first EP release on Skrillex’s sub-label, NEST.

These two have walked away from familiar territory to maneuver in the exact energetic mix of twerking hybrid bass rhythm you would expect from OWSLA. Turn this to your alarm tone as this one “Dome Shot” will do just as good as that cup of coffee.

“Finally after 2 long months of waiting “Domeshot” with my bud Twine Is finally out on the mighty OWSLA !!

To those of you that know my story this year, thank you for sticking with me the entire time showing nothing but support and giving me motivation. This one means a lot to me and I’m glad I can share it with you all.” – Rell The Soundbender