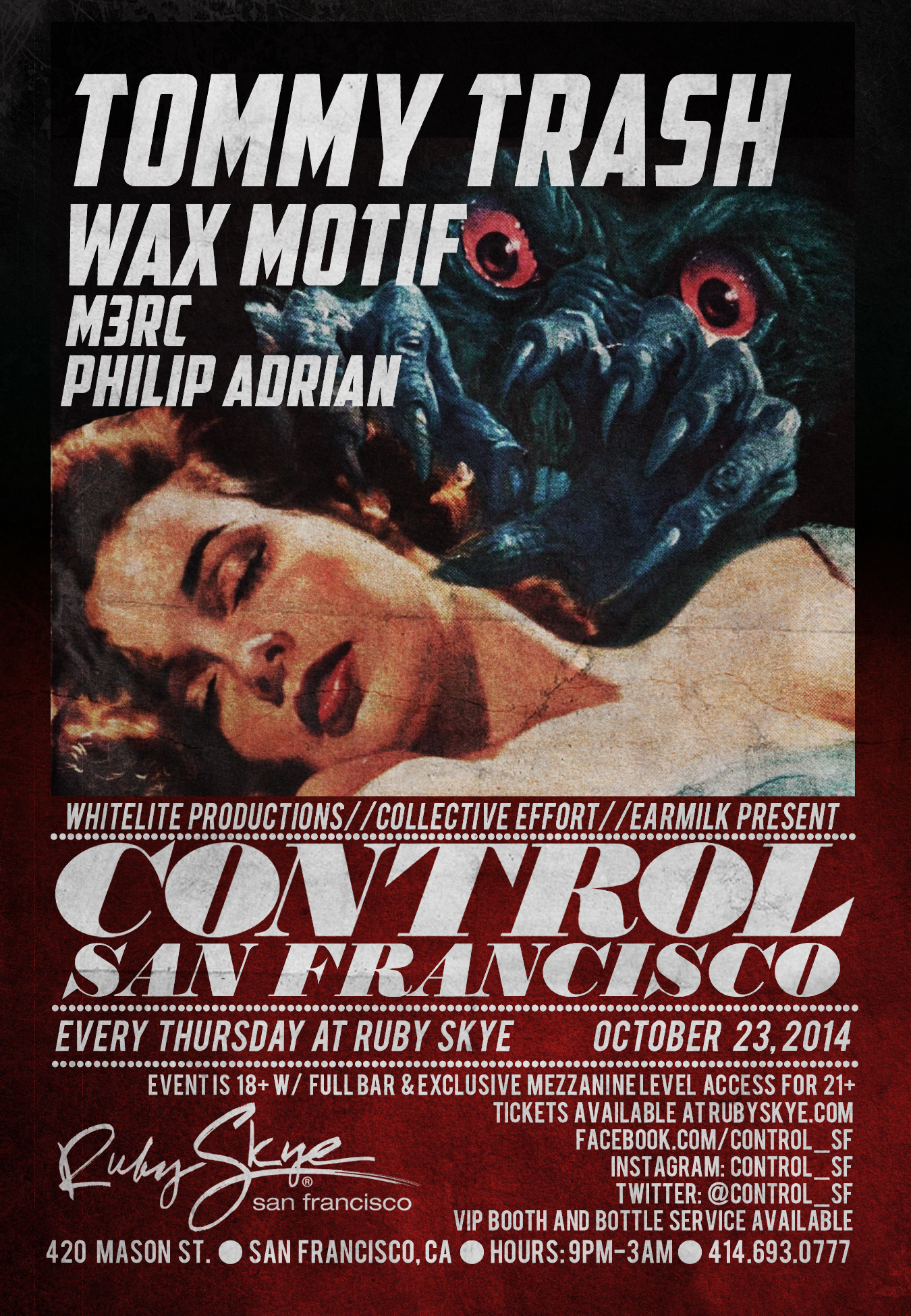 For the past five years, CONTROL has been bringing some of the best talent in the EDM scene to Avalon Hollywood for your nighttime adventures and early morning escapades. “While names like Skrillex, Rusko, Wolfgang Gartner, Zedd, Hardwell and Porter Robinson may now be festival headliners; they all had some of their first big-room shows in LA at CONTROL.” From the friendly staff to serving the 19 and over crowd, CONTROL Fridays has become more than just a venue, but a go to spot to make memories to last a lifetime. All thanks to Ryan Jaso, Chris White, and Sam Hiller, Los Angeles has a home to serve Friday night club life and now they are bringing it straight to Ruby Skye in San Francisco with Tommy Trash, Wax Motif, and more. CONTROL Thursdays is coming and it’s about to get crazy.

“We’ve always been really protective over what we did with the brand, and after 5 years we felt it was time to finally make a move. Expansion to SF was the next logical step to a venue that will allow us to put on top quality shows to compliment our Friday nights at Avalon in Hollywood” – Ryan Jaso

“Over 400 artists and two hundred and fifty-eight shows later, CONTROL expands it’s wings for a new weekly at the coveted Ruby Skye in San Francisco, starting this Thursday with Tommy Trash and Wax Motif, while continuing the keep their flagship at Avalon Hollywood on Friday’s. This sees the first time the burgeoning genre-defying brand hosting a night in a club, other than the historic Avalon in Hollywood.”