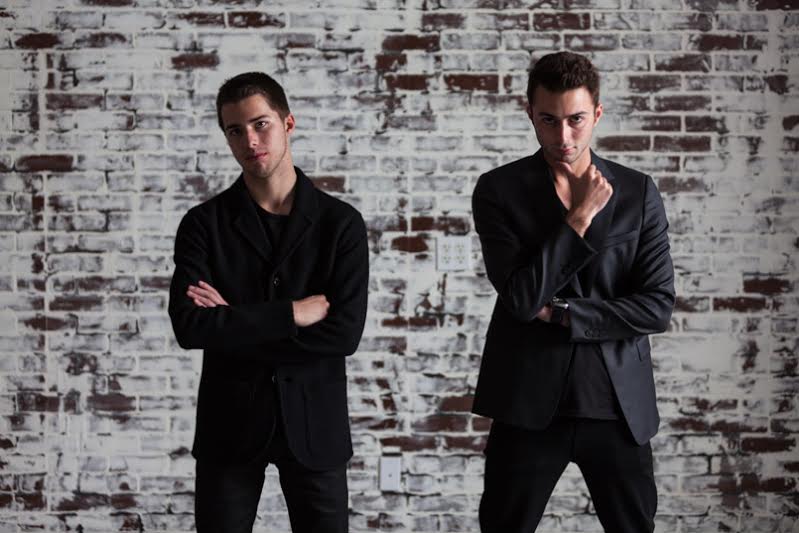 While “Blame” has been receiving some serious attention from producers around the world, A&G seemed to have worked their magic in all the right places with their latest bootleg. Andrew and Gino Gomez, better known as A&G are a duo that hails from Miami Florida. These two has have gained support from some of the worlds biggest DJs due to their creativity when it comes to producing bootlegs and mashups! Their latest bootleg is of “Blame”, the latest tune from Calvin Harris. A&G just add their signature progressive touch turning this into what many including myself would consider “a feel-good tune”. These are two guys I highly recommend you keep a close eye on fam!

We even had the opportunity to ask the duo a few questions!

TSS: For those who aren’t familiar with A&G, tell us a little about yourself.

A&G: We are 19 and 22 year old brothers from Miami, Florida with a passion for performing and producing music, and… if you are not familiar with us please feel free to visit our social media to get more familiar with us @andrewandgino

TSS: What or who got you guys into electronic music?

A&G: We were given our first taste of the Electronic scene during our family travels to Europe when we were younger. Mykonos was the first place we heard electronic music in the nightclubs since it had not caught on in the US yet. The deal-sealer for us was attending Ultra Music Festival for the first time in 2009, we saw Dirty South and Swedish House Mafia play in this crazy tent. Hearing Dirth South’s remix of Evermore’s “Its too Late” and Swedish House Mafia’s “Leave the World Behind” fueled our obsession and those 2 records were monumental tracks in our lives.

TSS: How would you describe your music to someone who had never heard it before?

TSS: If you could choose one person to tour with who would it be?

TSS: What would you say has been the most surreal moment of your career so far?

A&G: Besides our production gaining the support of the top DJs in EDM, we would have to say performing at STORY, Miami was the most surreal career moment so far. We would always go there to watch our favorite DJs that we followed so being able to perform there can be described with no better word than “surreal.” Being able to perform exactly where they did along with the top-end production the crew at STORY puts on was definitely our stand out moment. The energy from the crowd was amazing, it was an EPIC night.

TSS: We have a signature interview question we ask every artists at ThisSongSlaps, would you rather fight 100 duck sized horses or 1 horse sized duck?