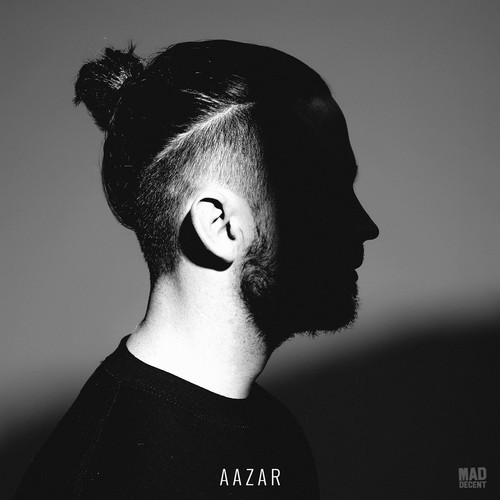 About seven months ago the mysterious Aazar appeared on Soundcloud, taking listeners by storm with his monster collab titled “Shake,” with the masked, trap king UZ. Since then it’s only safe to say that he’s “shaken” things up a bit in the edm realm with his unique,dark,intense sound that is not only heard, but certainly felt by fans everywhere.So, it should come as no surprise that after becoming enamored with Aazar’s incredible talent, we asked him to do his very own mix for the site. If you haven’t heard it before, you can catch the mix below, but while you scroll enjoy the interview that answers the question: Who is Aazar?

Where are you from and what’s the music scene like there?

What was the pivotal moment that made you realize you wanted to create music?

I have always been a deejay and this wasn’t enough to be recognized to the eyes of the public. But most importantly I wanted to play tracks that I created.

What are your biggest musical influences? What did you listen to growing up?

I have to say my family. My father was a deejay in his young years and he was like me- open to every different style of music . When I was growing up I listened to the Rolling Stones. My Mom was and is a HUGE fan. I also listened to Funk ,Disco and Many more. In my childhood years, I liked to listen to DJ Cut Killer Mix Tapes. I’d have to say DJ Snake is a musical influence as well.

How did you get in touch with UZ for the collab “Shake?”

I played a demo of “Shake” at a gig I was doing and someone came up to me and asked me “Who created this?”The next thing I know, about a week later, I received an email saying UZ wants to collaborate on that track.By the way shout out to UZ because he believed in me and my music without knowing me .

Did you ever foresee your music becoming big in the U.S? How would you describe your sound to someone who has never heard your music?

I have to say that I always believed in myself 200%,but I didn’t think about that. I just made the music I loved and that’s it.

My music is like this: It’s like if you are innocent,walking down the street and then suddenly, someone tazes you and handcuffed violently by the Police for no reason.

You recently released, “Rundat,” on Jeffree’s/Mad Decent. How did it feel to have your first official release and what made you choose that label?

I was really happy because it has such positive vibes and it was like : DONE .
I chose Mad Decent because I always liked Diplo and what he was doing. They are such an open minded group of people.The diversity between their artists is amazing.

Any upcoming tours, EPs, or mixes we should know about?

Lastly, if you could describe your life in BPMs what would it be and why?

75 BPMs because it can be seen in 2 different ways .The first way is chill and the second way is really sped up (150 BPM).