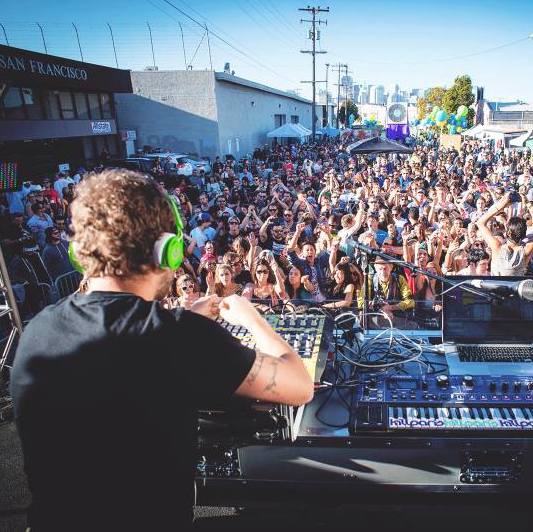 Summersalt Music & Arts Festival is happening this weekend on Saturday, September 13th at the historic Pier 70 Shipyard in San Francisco. This festival is one of the Bay Area’s most unique outdoor music events, boasting an incredible mix of electronic & hip-hop artists.

This year Summersalt has managed to pack in live sets from artists such as Big Gigantic, G-Eazy, Keys N Krates, Gaslap Killer, Salva, Grandtheft and many more. Along with all of the talent, there’s a ton of food, drinks, games and art by Apexer. This year the gates open at 1:00pm and the event is open to all ages.

We have teamed up with Summersalt to offer fans a discounted price on tickets. Grab tickets right here before it’s too late. 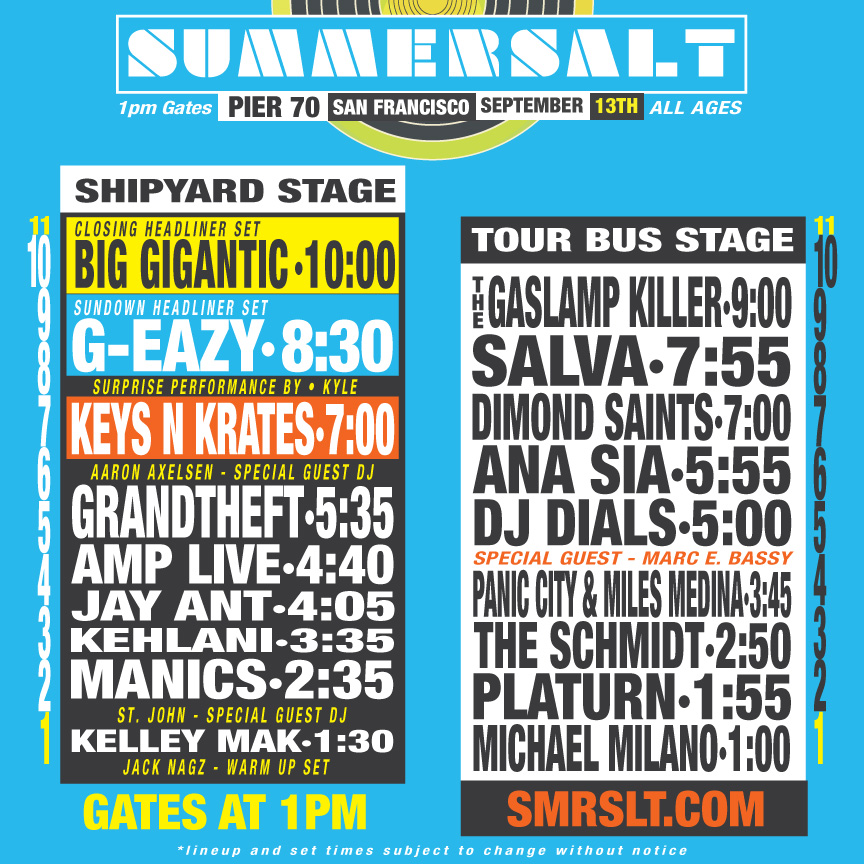 Check out the video of Summersalt 2013: