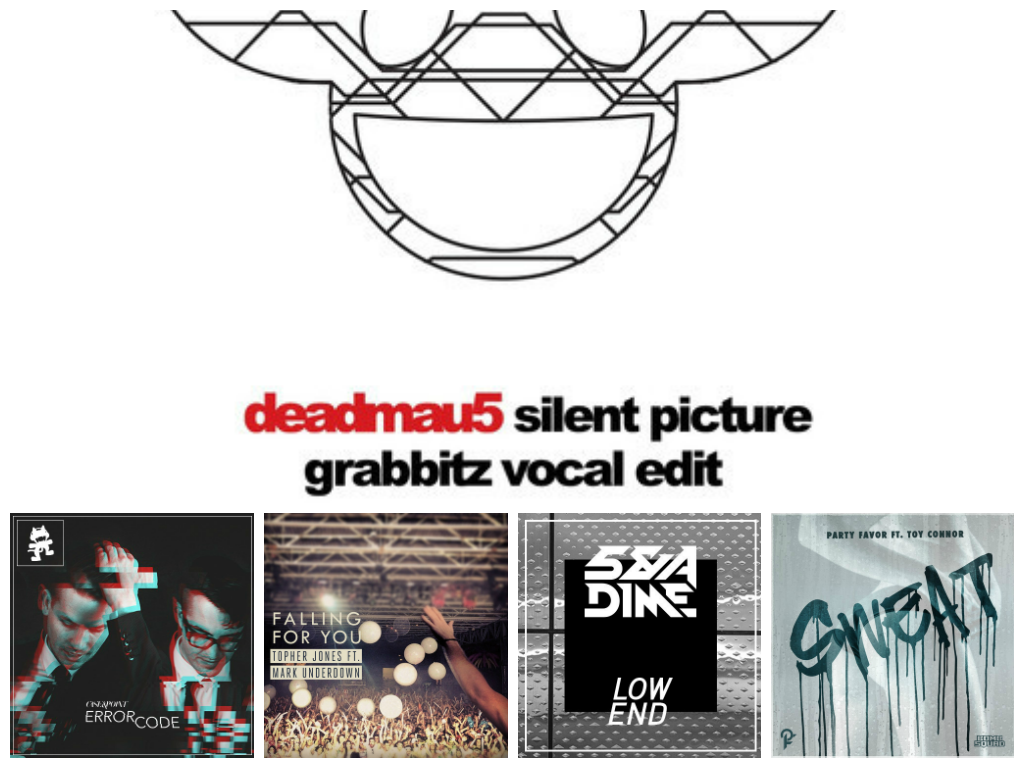 In Case You Missed It: After a much needed vacation I’m back to writing and damn did I miss a lot of tunes. We got a bunch of new records from our friends including Grabbitz, Case & Point, Topher Jones, 5 & A Dime and Party Favor! A wide variety of songs here so check out my playlist for the week and grab ’em while they’re hot! And seeing as a TSS post isn’t complete without mentioning deadmau5, he’s in there too…

Much different than his other stuff, Grabbitz slows things down on this deadmau5 vocal edit and highlights his amazing voice. It’s not everyday you can get a producer and vocalist in one, so take note of how talented this musician is and grab this beautifully chilled out edit on Wavo for free.

Staying on their Monstercat grind and belting out hard electro house, Boston dup Case & Point kick things up a bit with “Error Code.” These guys have really brought their signature sound to the table on this one and it’s yours to have via Beatport.

One of the catchiest tunes I have heard in quite some time. Topher Jones always seems to deliver something uplifting and vocally enhanced but this one is a littler different. I can’t stop singing the vocals and hitting the repeat button on this and I’m happy to say it’s up for free grabs!

Making things a littler harder and faster paced now, as we wind down on this playlist we hit up 5 & A Dime for a new, and free, original. This kid has got a ton of new records in his arsenal and if they’re all as good as “Low End” I think we can expect some big waves to be made.

And lost but not least, we had to give something for the bass heads, new Party Favor! Featuring Toy Connor, “Sweat” sounds like an instant trap, booty shaking classic. You can bet your ass we will be hearing this blasted in his TW set in 2 short weeks! Stay tuned for a special artist from Dylan and grab this one on Beatport.

Boom! There you have it, these are some of the tunes I’ve been listening to lately that you need to hear. No news. No TMZ. Just pure music.