Flying Lotus Teams Up With Kendrick Lamar On “Never Catch Me” 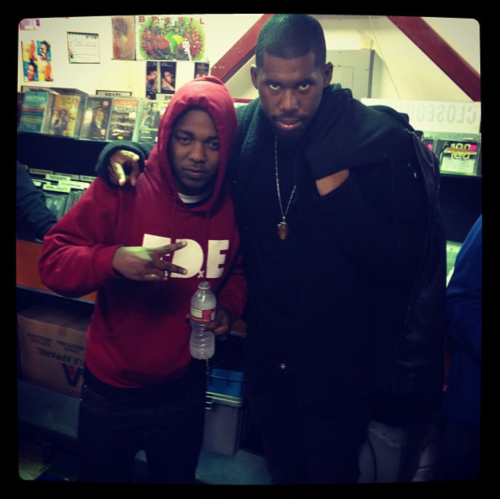 Flying Lotus Teams Up With Kendrick Lamar On “Never Catch Me”

Los Angeles experimental producer Flying Lotus may be the most forward-thinking and innovative artist in the electronic music world, and on October 6th he’s releasing his long-anticipated album You’re Dead! with a roster of collaborators that would make any fan of great music shake with excitement (Snoop Dogg, Herbie Hancock, and Thundercat to name a few). One of those collaborators is hip hop heavyweight Kendrick Lamar, and you absolutely need to hear their track “Never Catch Me”.

The amazing song has everything: live instrumentation, jazzy rhythms, hip hop beat production, Kendrick’s show-stopping voice, and Flylo serving as the maestro and conductor underneath the whole thing.

I have no doubt that this album will change the face of electronic music (and music, in general) to come, so take a listen to “Never Catch Me” and make sure you pick up You’re Dead! when it’s released in October!