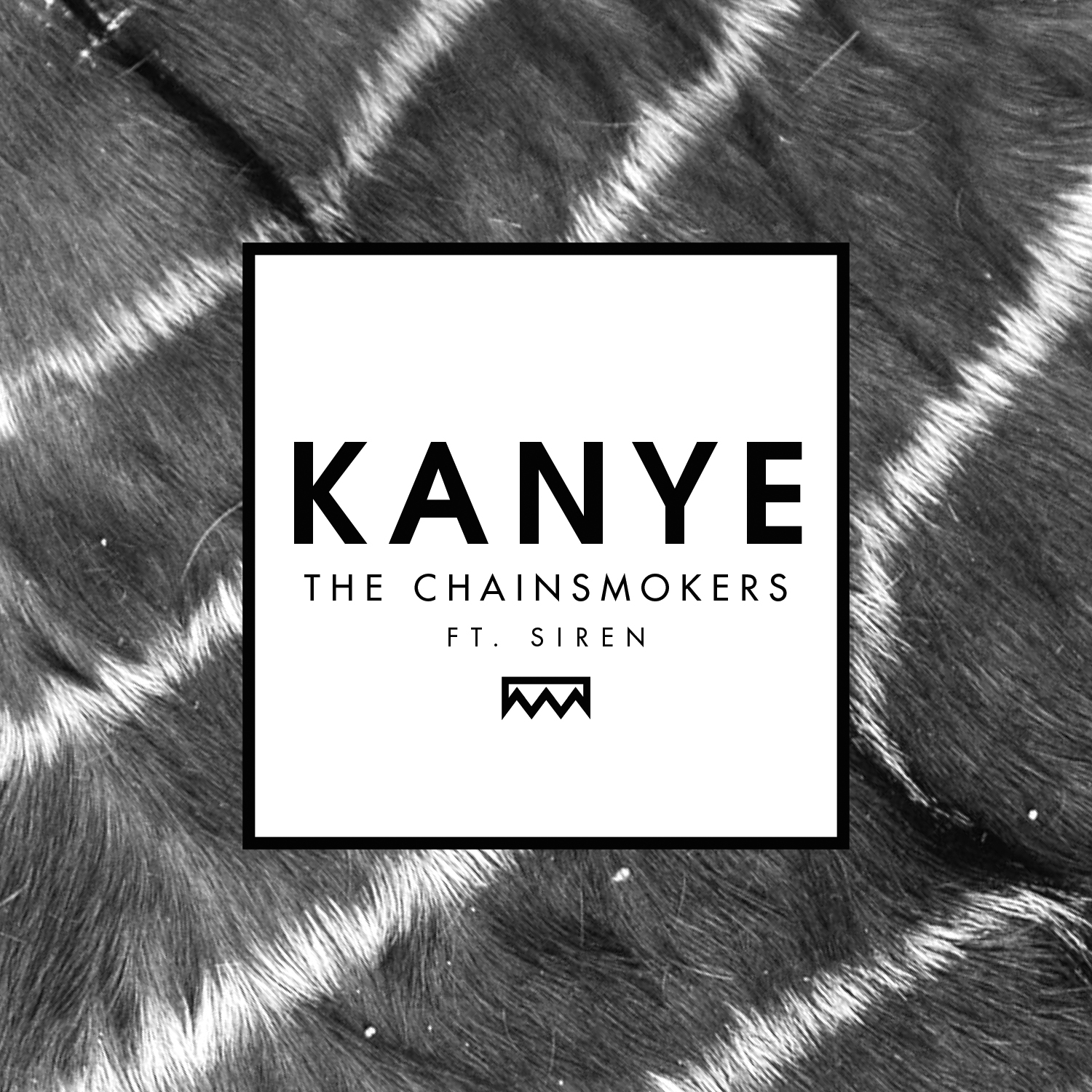 Following what could very well be the most successful dance track of 2013, The Chainsmokers have released their follow up single to #SELFIE. The track, entitled “Kanye”, actually has nothing to do with Kanye as a person, but more of the state of mind of being like Kanye. Being a king and owning everything you do in your life. Hence the hashtag we’ve seen #BELIKE. With some great vocals coming from Siren, their voices flow perfectly over the melody. Grab your copy on iTunes today!

As always, the guys have a great Soundcloud description for this track. Check it:

WooooooHoooooo!!! Here it is our second original, “KANYE”, and we are so excited about it!

We worked so hard on this badboy over the last several months. We have to admit though, we tried rushing early on, but as with most things and the message of this song echoes just that, sometimes you just gotta let the universe do its thing and roll with it…

So first lets start with danggggggggg its been 7 months since our last original. Dannnngggg right….way too long! But shit was so turnt up we had to let it simmer for a bit. Also, we really wanted to find the perfect follow up and we think we have.

Kanye, for us, represents such a perfect next step for us. You be the judge. It has such a nice blend of the indie house sound we fostered through our remixes and an absolutely incredible vocal from the girls of Siren (Facebook.com/sirensongsofficial). This song to us represents something real and relatable. It gushes with emotion and positivity and trust us. Its blends genres and tastes and that’s something we really pride our music on…

So you might be there saying WTF, C’MON first #SELFIE now a song called KANYE?!? and we reply, “Fuck yes, a song called KANYE.” This is real, this isn’t about love or partying or carpe diem shit, the same way we always hear it, this is some real life every day real world way to convey an important message…

As Kanye said, ‘ I refuse to accept other people’s ideas of happiness for me. As if there’s a ‘one size fits all’ standard for happiness.’

This isn’t about him, or anything he has done, LETS BE VERY CLEAR ABOUT THAT! It’s about taking what Kanye idealistically represents and turning his name into an adjective. This song is about doing you, living life how you want to live it and not giving a fuck what anyone else thinks. Its about owning your shit and being happy with your life, no matter the circumstances, rich or poor, skinny or fat, young or old its about exuding confidence… and that’s what appeals to us so much about this song. So when you belt out ‘I Wanna Be Like Kanye’ its not about him, but about being the person you want to be and not letting anyone take that from you.

You can be anything you want to #BELIKE

In honor of this song we made a QUIZ, its 10 questions we came up with that you will have multiple choices to answer. Once completed you will be given a score of how many fucks you give or as we call it your #BELIKE score. It is a really funny quiz SO TAKE IT!!!

**Also if you ever see someone just owning life, like a dude in a beat up car with 20’s on it blasting music and you can tell he is just owning it, take a photo and tag us and hashtag #BELIKE This is just about loving life and giving no fucks and doing you…

Quickie From Kanye on the song – ‘I like it’

FUN FACTS:
1) Kanye Will be stuck in your head all day now…
2) Drew has a 25 inch vertical jump
3) We have a Sirius XM radio show starting August 18th called Nice Hair (Cause Drew has nice hair, and Alex’s sucks)
4) We were terrified Kanye would sue us for making this song
5) Alex’s first DJ name was DJ React, he is very embarrassed about this
6) Drew used to listen to screamo as a kid and paint his nails black
7) Bagels sucks everywhere except America