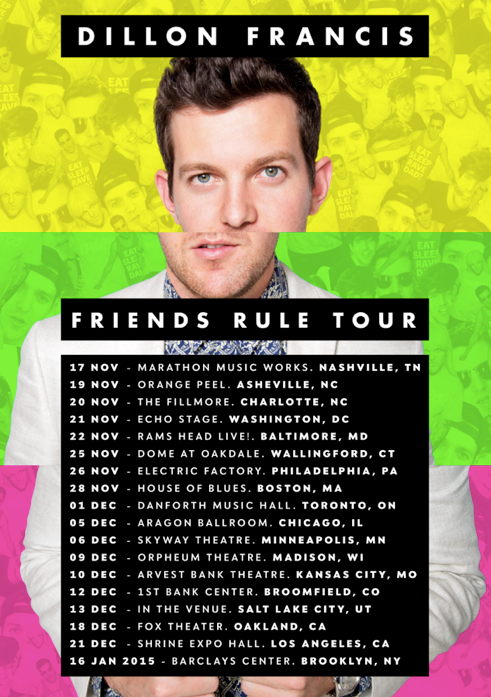 While we are still patiently waiting the release of “Money Sucks, Friends Rule”, Dillon Francis has announced his North American “Friends Rule” tour! Dillon will be taking his newest tracks on the road making 18 stops throughout the country.

The tour begins mid-November and will continue through January, where the tour will come to a close at Brooklyn’s Barclays Center. The Barclays Center is the biggest venue of the tour so I’m Dillon will have a few tricks up his sleeve for the final stop. You can grab tickets August 16th at friendsruletour.com!