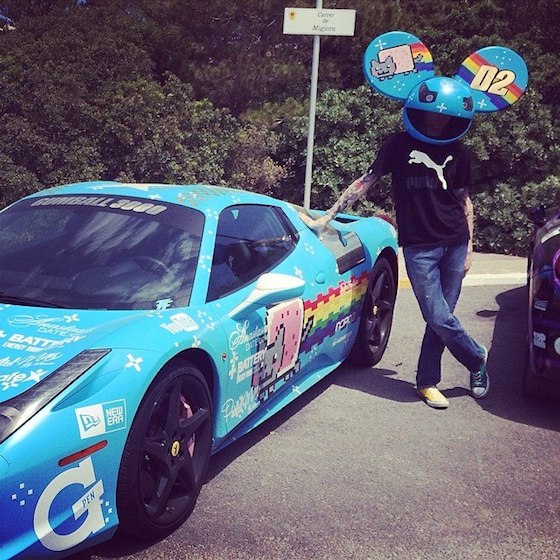 Deadmau5′ decision to wrap his 458 Spider Ferrari in Nyan Cat graphics raise a few eyebrows. Actually, it probably raised an eyebrow on every single person who set eyes on it. Although, what do you expect? It’s Deadmau5.

Well, it looks like the day has finally come where the Mau5 grew out of Nyan Cat phase. He uploaded the below picture to Instagram with the below caption yesterday.

A normal-looking white Ferrari won’t raise nearly as many eyebrows, but the pink calipers may. If a girl drove this car, she could probably be my wife.

One thing is for sure: passengers riding along for Tim Horton’s coffee runs won’t be nearly as embarrassed to hop in this car.