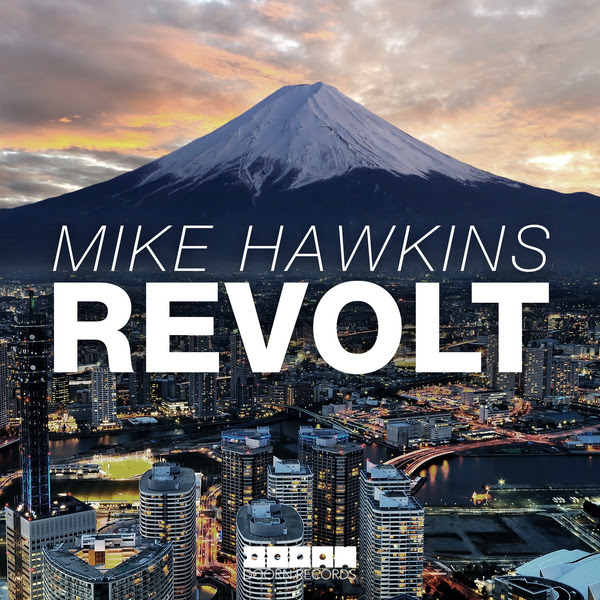 Denmark’s Mike Hawkins started off the year right with his hit single, “Soldiers”, which released on Sander van Doorn’s label Doorn Records. Having received such good support from “Soldiers”, shortly after Hawkins was then summoned to do his work on some incredibly remixes for the likes of Zedd and Martin Garrix.

Hawkins is striving to make his staple in the sound of his music by combining arabesque and oriental elements which has been seen to really be catching on lately within the industry.

In Hawkin’s latest, “Revolt”, you will find intricate melodies and some off-beat drum patterns that truly make his newest track a main room gem that you will be sure to hear across all stages. The production in “Revolt” flaunts a real veteran take on this scene, with an electro house tune that is indeed credible and hard to dislike. So far “Revolt” has already been rewarded with tons of support from massive names such as Avicii, David Guetta, Nicky Romero, Zedd, Sander van Doorn, Martin Garrix, W&W, Dimitri Vegas & Like Mike, R3hab and many more.

Even more reason why it’s hard to dislike, Mike Hawkins will be donating 100% of his Beatport sales from Revolt to UNICEF, helping kids who live incredibly hard lives across the world.

“In these times, across the globe, people fight for what they believe in and rise against oppression (now more than ever). More than often though, kids around the world sadly pay the cost for civil unrest and revolution. They lose parents, opportunity or perhaps their future in the fight for whats right. This is why I have decided that I will be donating 100% of my Beatport sales of Revolt to UNICEF”. – Mike Hawkins

We are asking fans to submit personal stories in which they’ve “revolted” for the good
of society and/or partaken in an act of kindness. The tickets will be for his San Diego stop at Fluxx along with his Los Angeles stop at Avalon .

Please email your stories to contests@megatonrec.com and the winners will be notified by email.
-Grand Prize: Meet & Greet for winner and 3 friends + custom Mike Hawkins snapback hat
-Second & Third Prize: Ticket for themselves + 1 friend to the show