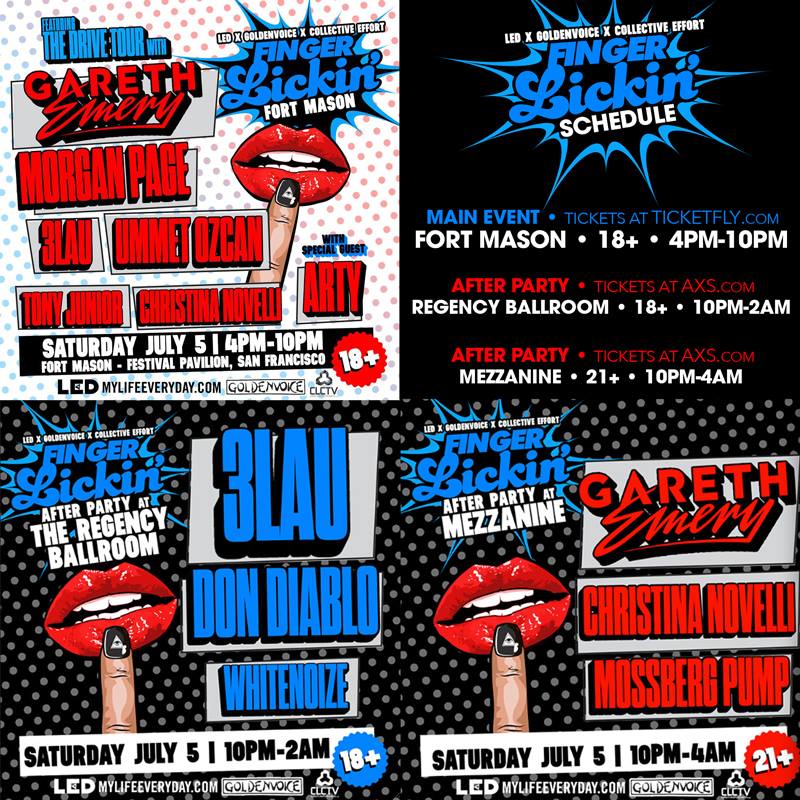 If you’re in San Francisco this weekend, Finger Lickin’ is an event you can’t afford to miss. The event, which is taking place at the Fort Mason Festival Pavilion on Saturday July 5th, features an absolutely stacked lineup which includes 3lau, Gareth Emery, Morgan Page, Arty, Ummet Ozcan, Tony Junior and Christina Noveli. Whether you’re into trance, progressive or electro, this lineup has something that will satisfy your musical desire. In order to get you pumped up for the show we have included the EDC sets by both 3lau and Gareth Emery, who are also headlining after parties of their own in San Francisco the same night. For information on the after parties you can click below.