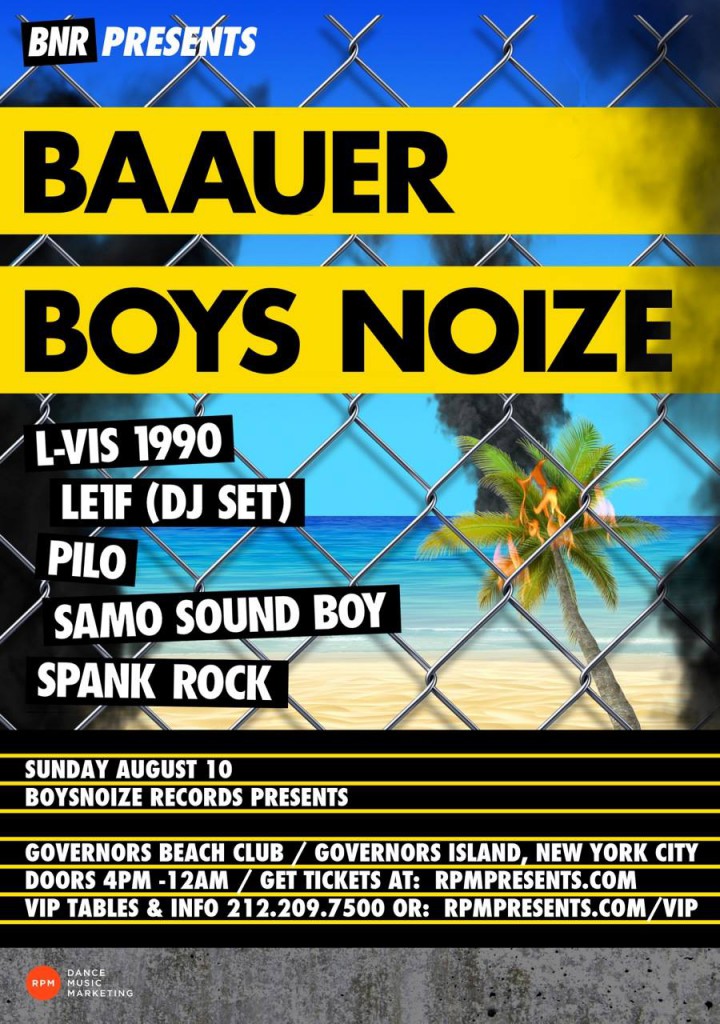 A few days ago, Baauer and Boys Noize officially broke the news that they would be joining forces for their “run X” North American tour. Their tour will be kicking off at the one and only Governors Islands Beach Club August 10th and will continue into the fall!

MeanRed has partnered up with RPM and Boys Noize Records to make this beast of a show possible. Joining Baauer and Boys Noize on this fine Sunday will be L-Vis 1990, LE1F (DJ Set), Pilo, Samo Sound Boy, and Spank Rock! Plus, MeanRed will also have its own stage featuring an exciting lineup which will be announced very soon. Tickets are going fast, but are still available at flavorus.com. This summer slowly coming to a close so this is definitely a party you don’t want to miss.