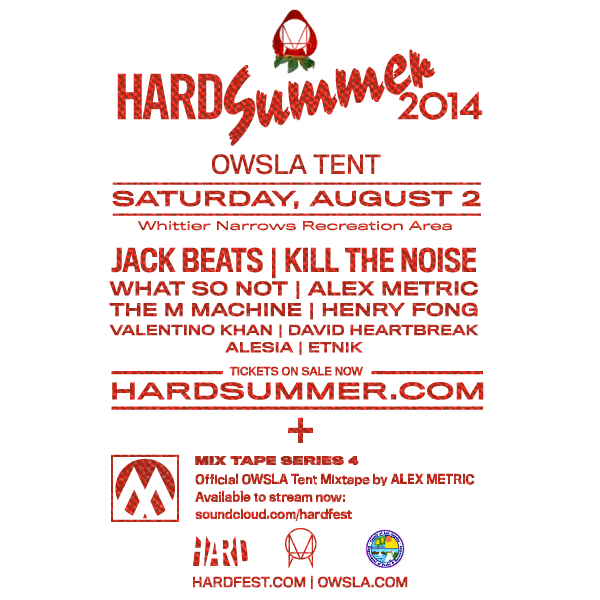 August is fastly approaching and so is one of Southern California’s most anticipated music festivals. Since 2007, HARD has been putting together nights to remember to lineups you’ll never forget. While this year’s festival might have a change of scenery at Whittier Narrows Recreation Area, the lineup holds up to HARD’s name bringing some of the most mind-blowing DJs to the decks.

Today, HARD announced its first stage lineup for Saturday, August 2nd as none other than the talented artists of OWSLA. This lineup includes: Jack Beats, Kill The Noise, What So Not, Alex Metric, The M Machine, Henry Fong, Valentino Khan, David Heartbreak, Alesia, and Etnik. In addition, to celebrate this exciting news HARD and OWSLA have brought to you a kick ass mix from Alex Metric for the fourth installment of HARD’s mix tape series.

Also be sure to cop your tickets soon as this one is sure to sell out!