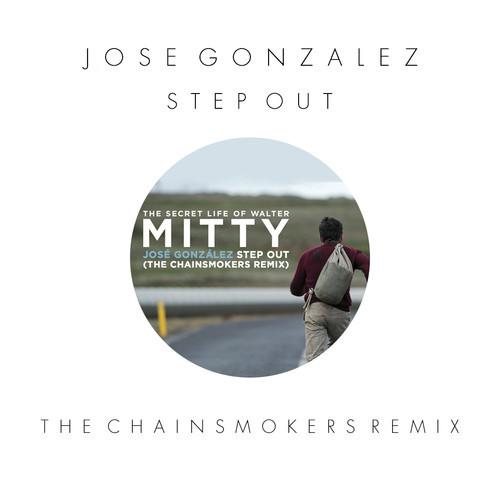 You might recognize this track from the movie The Secret Life of Walter Mitty (which if you haven’t seen, go watch it). The Chainsmokers are back to their indie remix roots. This remix is very laid back, very chill, with no big “drops” or anything like that. This is just something to kick back and relax to. Perfect for the summer. This one will be available via iTunes on June 26th. The Chainsmokers are known for their quirky Soundcloud descriptions, so here it is:

Quickie from us: “So this is the theme song from the Walter Mitty Film. And you have probably heard it in numerous adverts and airline commercials about travel… but when we first heard it MONTHS ago we thought it would be such a cool song to do a remix for because of the Anthemic nature of the vocal, and not to mention we are big fans of Jose. His older song Crosses is an all time favorite of ours! Anyway, the song is rather basic in format our goal was simple, to turn that chorus into a massive anthem of feels. That sorta feeling you get when you achieve something great. IN the end the track is largely in tact, as well as its emotion we think we just gave it that festival sized power…’

PS – Sorry for the lack of music, we have been touring OZ and Asia for last month and well its hard to get things done plus the growing pains of well you know… anyway we have so much new music coming out, we have finished our NEXT SINGLE (YAY) and we think you are going to love it. Its a perfect blend of what we love about music. Think Adele, Feel So close and Fancy had a love child… Its a tune and a half, something we 10000% guarentee you are going to see and then hear and go oh damn…. and then hit play again… we cannot wait to share it with yall, not long now… and then once thats out we got about 4 others we are really excited about :)

FUN FACTS:
1) Since the release of #SELFIE we have gotten 15 death threats lolz
2) We didnt even hit play on American Idol, it was a backing track
3) Uranus’ orbital axis is tilted at 90 degrees. (Think about it)
4) Human birth control pills work on gorillas. Ask Leighton from Adventure club about his experiment…

Jose Gonzalez – Step Out (The Chainsmokers Remix) | Stream Only |