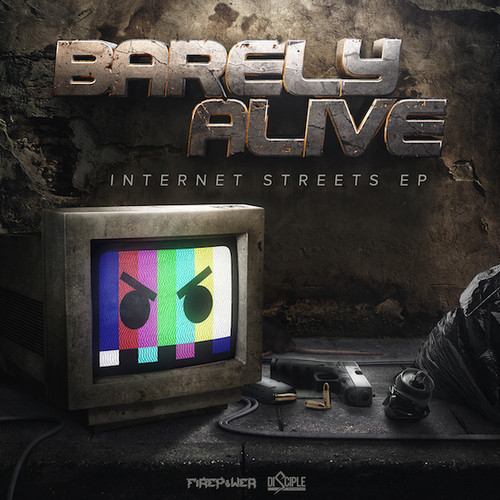 Chances are, you’ve probably heard a track by Barely Alive. It’s even more likely that your jaw fell off while listening to them. Today the nearly dead duo is back and this time they aren’t showing any mercy. “Internet Streets” has to be their best EP to date. This EP has plenty of surprises including the one and only vocal start Messinian featured in Excision’s “Triple X Rated” has now been featured on “Cyber Bully”. Datsik may be the biggest appearance on this EP featured in “Candy Kids”. There should be absolutely no reason to ignore this EP unless you can’t handle the bass. Be sure to connect with Barely Alive via their social links.

Here’s the album trailer because who doesn’t love lasers and explosions to dubstep? Video directed by DIIZKO Designs