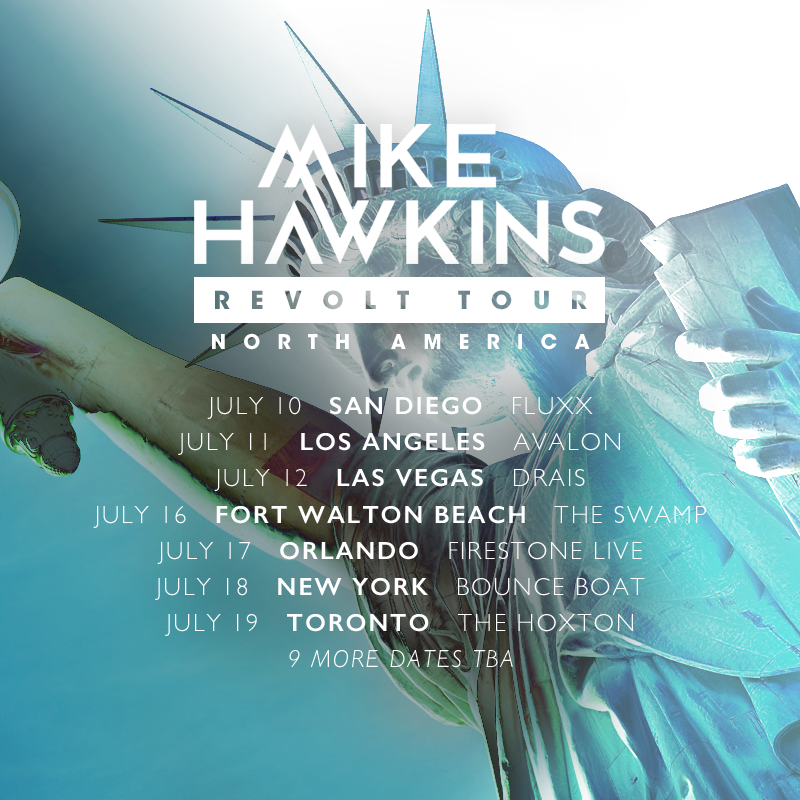 Mike Hawkins continues to bring exciting new music to the forefront. In “Revolt” he creates an anthemic approach instantly. While the build continues to grow more and more precise elements fly off the shelf. Mixed to perfection along with a powerful mastering “Revolt” is Christmas in June. You can grab a copy of this gem on July 7th on Beatport via Doorn Records. Mike also decided to release that his North American “Revolt” Tour will begin in San Diego on July 10th. There are 9 dates yet to be announced so make sure you let him know via twitter or facebook where you want him to visit. I will be attending the Florida show so come see me if you are in town!

Electric Forest Is SOLD OUT!!!!
[TSS PREMIERE] TwonDon Gets Illmatic With His Newest Track ‘Life’s A Bitch’