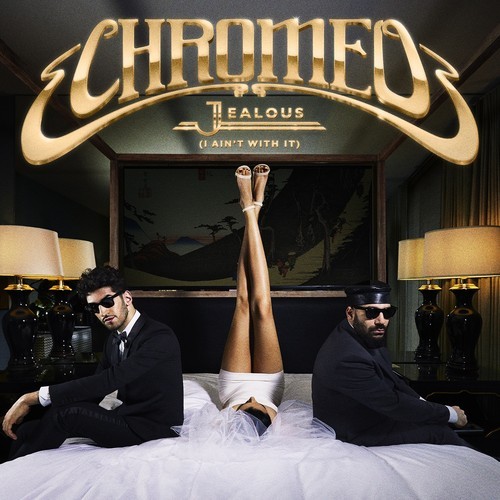 The tension is building around the imminent release of Chromeo’s LP “White Woman”. So what better way to relieve the stress with two more golden remixes of “Jealous”.

The first of the two remixes is from DJ Hoodboi, who popped onto the scene less than a year ago and is already gaining such a huge following. With support from Skream, Trippy Turtle, A-Trak, and Chromeo themselves, it’s to no surprise that he’s doing an official remix of the “Funk Kings” hit. Just the right amount of chimes and hi-hat craziness transforms Chromeo’s single into truly a magical sound. Hoodboi has turned upbeat disco-funk into jazzy chill-trap, he’s turned water to wine.

Dj Sliink alongside Big O bring the second of the new remixes. Less magic-trap, instead more grungy-trap with a garage sound. Some playful synths and a kick with serious crunch make for 4 minutes of club rocking goodness. The two Jersey boys have shown their skills with this remix, so I’d say this is more like turning water to vodka – smooth beginning with a kick of an aftertaste.

Hopefully these remixes have eased the nerves and also caught your attention with the three great producers behind them. The only problem now, is that I’m anxious for the full remix EP to which there is no release date. I’m sorry if I have made you nervous too; musics an addition here at TSS and we’re more than happy to feed it.