DJ Khaled Got Jay Z, Meek Mill, Rick Ross and French Montana On His New Track ‘They Don’t Love You No More’ 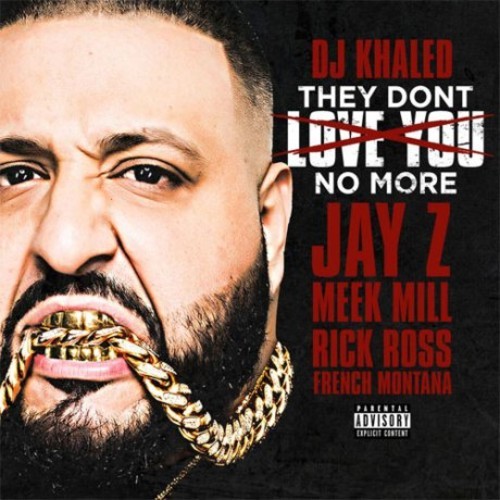 DJ Khaled Got Jay Z, Meek Mill, Rick Ross and French Montana On His New Track ‘They Don’t Love You No More’

DJ Khaled has another banger on his hands! His new track ‘They Don’t Love You No More’ slaps to the fullest. The beat knocks and the features are all on point. Meek Mill kicks off his verse with some of the illest bars I’ve heard all spring. French Montana came through on the hook and Rick Ross goes in with a heavy ass verse that only the Rozay could come up with. Hov cuts it up while speaking on how the game works and then it’s a wrap after Khaled signs off. This is a track that’s about to be on playlists across the nation come summer. Now turn up the volume, press play and act like you don’t love this shit!