Disclosure’s ‘Mechanism’ Built By A Friend Within 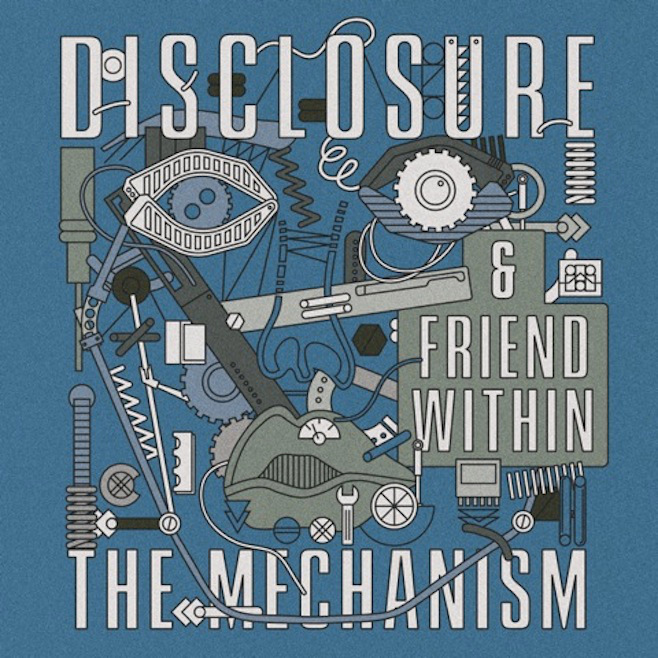 Disclosure’s ‘Mechanism’ Built By A Friend Within

UK brothers Guy & Howard are still buzzing off their astonishing Coachella performance that closed out Weekend 1 of the massive festival, doing so by creating lasting memories by executing a couple surprises during their set to help them out with some vocals. The surprises up the duo’s sleeve consists of guest appeareances from Aluna Francis of AlunaGeorge to sing on the hit track “White Noise”, international superstar Mary J. Blige to perform her parts of the remix of “F For You”, and lastly to close out Weekend 1 of the festival Sam Smith was brought on stage to do his thing on vocals to end it all with the viral hit “Latch”. It was a splendid ending to Weekend 1 of Coachella. With all these great surprise guest appearances with Disclosure I thought that for sure they would be something new and special for everyone. But maybe I just got my hopes up too much. Guy & Howard didn’t play the one song that I, along with many other true Disclosure fans, was really hoping to hear in their set. That song would be their newly released track titled “The Mechanism” that they put out on their SoundCloud just a short time before their set at Coachella.

Guy & Howard are so incredible musically talented that I don’t think there is anything they can’t do! For this one, “The Mechanism”, they teamed up with fellow UK local producer that goes by the name of Friend Within. In this feel good collaboration, you can tell that the song brings out the strengths in both of the artists as they fuse together a mix of the classical deep house delight with very appealing tech house vibrations and an absolutely immaculate bass line that will really make your feet want to move, kinda just like all the rest of Disclosure’s music. I can’t wait to start hearing this jam in live sets by Disclosure because this one will truly slap the crowd in the face with these womps that come out of no where and is something new to the ear regarding Disclosure. Keep your ears peeled for this one later this week at Coachella Weekend 2!

Disclosure x Friend Within – The Mechanism