Kygo Gets Ready To Take On North America With Upcoming Tour 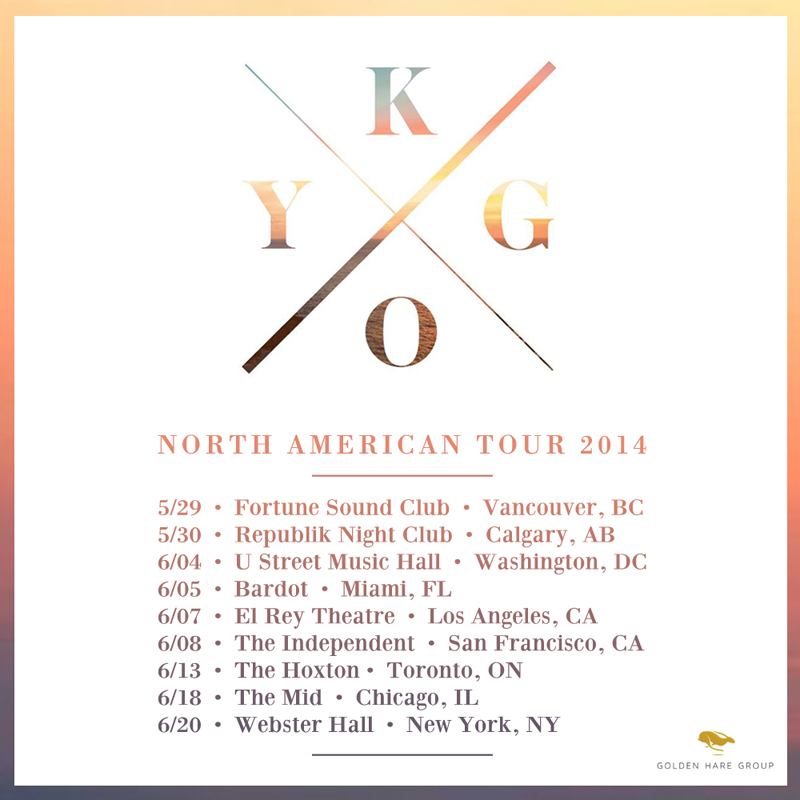 Kygo Gets Ready To Take On North America With Upcoming Tour

I couldn’t have described the sounds of Kygo any better than the quote above I found from a recent interview from The Vibe Guide. While Kygo has been a name that I’ve associated with unique and impressive producing, it’s his ability to create a feeling from within the music that has me in a tizzy. Every time I see a new remix from this talented producer, it’s almost like receiving a dose of medicine. With every play, I’m overwhelmed by a calming sensation that relieves me of any worries and just the beauty of the music.

While this Norwegian producer has yet to come to the states, his music has traveled the airwaves through sources like Diplo’s Diplo and Friends and other social media outlets such as Soundcloud. With over a million plays on almost all his remixes, (“I See Fire” at 5,189,543 plays) it’s no shock the demand to see this DJ live has risen to an all time high. For me personally, there is no better joy than to see a DJ in their element live and witness the magic as it happens.There’s something that cannot be substituted for feeling a tune as it leaves the DJ’s mind and through the speaker immediately.

Well North America, Kygo has seen our love and is about to take on a a few cities and endeavor on a North American Tour. From Vancouver,British Columbia to Los Angeles, CA to Chicago, Illinois, Kygo will be visiting 9 lucky cities for his big debut. Be sure to check out the flyer above to see if he’s coming to a city near you!

In addition, I hear there is a Coldplay remix in the works, but until then enjoy Kygo’s recent Diplo and Friends mix for free download!