Why The 2014 Mothership Tour Is A Must-Do For All 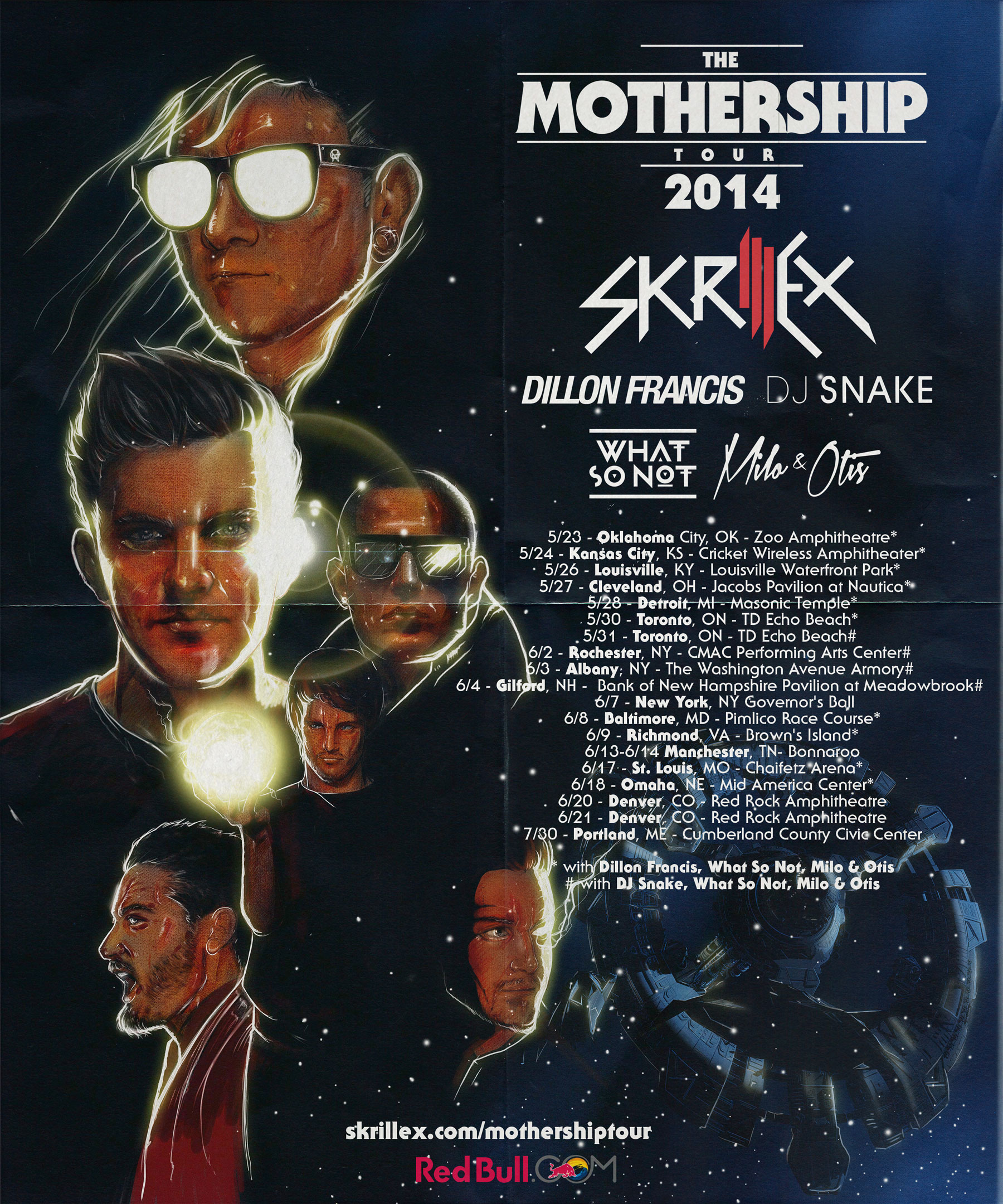 Why The 2014 Mothership Tour Is A Must-Do For All

In 2012 Skrillex made his way around the world, playing a total of 66 shows, 50 in the United States and Canada and 16 in Europe on what was called The Mothership Tour. The tour included friends Foreign Beggars, Skream, Benga, Nero, 12th Planet, Two Fresh and Nadastrom.

Two years later and Skrillex is at the absolute top of his game, coming off the release of Recess, and huge headlining slots at festivals around the world including Coachella, Glastonbury, Osheaga, Rock n Heim, and many more. On top of a solo career, Skrillex has also curated one of the most successful record labels in dance music, OWSLA.

As the time comes for Skrillex to hit the road once again this year, he’s bringing along some of the hottest acts right now. DJ Snake, Dillon Francis, What So Not and Milo & Otis will be joining the man himself on the 19-stop tour. Oh and did we mention that the production for this tour is insane? Skrillex will be bringing a new spaceship stage with him, and wow does it look impressive.

Don’t be a fool, get your tickets.

Carnage Announces “New Carnage Sound” And Plans For An Album
degrade.la Music Collective And LAMP Take Over The Wilshire With Plastic Plates