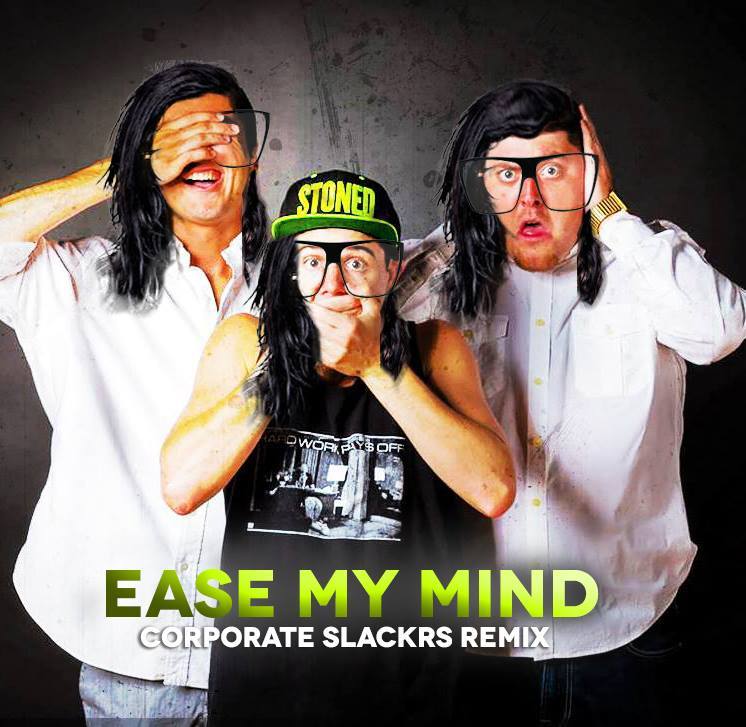 As the day has finally come of Skrillex’s return with his album “Recess”, “Ease My Mind” was the song of choice to end his sets from the past 6 months. Originally a song with a hard hitting trademark nu-age westcoast whistle Skrillex likes to implement within his songs gets a trap treatment from the boys from Florida, Corporate Slackrs.

Finally, after teasing us with a few mashups, we have some original content from the underrated trio from Jacksonville, Florida. Going back to the trap roots, Corporate Slackrs flip the entire song making it reverse fist-pumping certified along with some thrown in Kendrick Lamar samples to make sure the crowd ain’t turning down when this comes on.

Be sure to pick up the free download via Corporate Slackrs fan page as they’ll be announcing some WMC – MMW parties they’re playing next week.