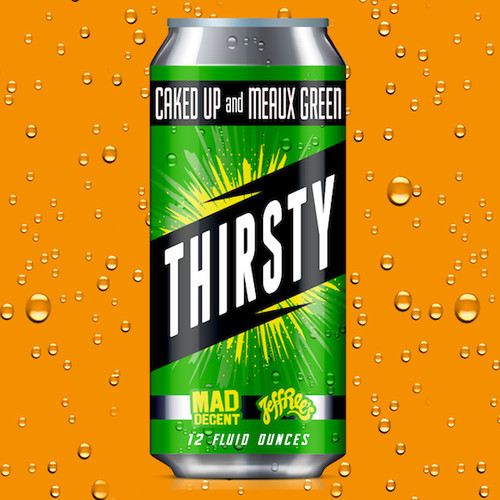 Meaux Green & Caked Up, two of the twerk movements hotest producers, have teamed up on a brand new track ‘Thirsty’ that was released today for free on Mad Decent’s Jeffrees imprint. After teasing the bubbly track a number of months ago, we finally have the free download available today! The track is relatively simple with a ton of percussion, a vocal sample that says thirsty and a synth that sounds like water dripping, but despite its simplicity, this is definitely a track I foresee getting a lot of club play because it just makes you want to dance. Go grab this one for free and show Meaux Green & Caked Up some love!