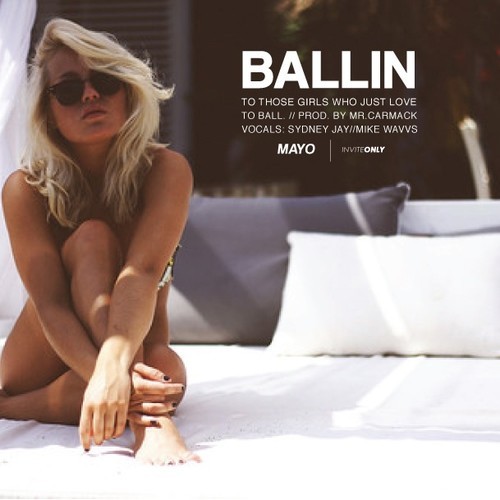 Mayo, whom we’ve recently premiered his track “Memories”, is back in his new track “Ballin” produced by Mad Decent’s very own Mr. Carmack. If don’t already who this rising Chicago rapper is, best believe you’ll be hearing his name more and more throughout the future whether it’s from your homeboy or your girl, Mayo, spreads the vibe effortlessly.

Smooth and deep are the choice of words when describing this chiller vibe track, in which you can always expect from Mayo. With all the crazy, fake, and ignorant tracks that are being released by these so called “rappers” throughout the hip-hop scene, it’s always good to have a moment of self-relief whenever a track such as “Ballin” is shared. Shared not only because of the calm vibe it gives off, better yet, the message it’s supposed to bring.