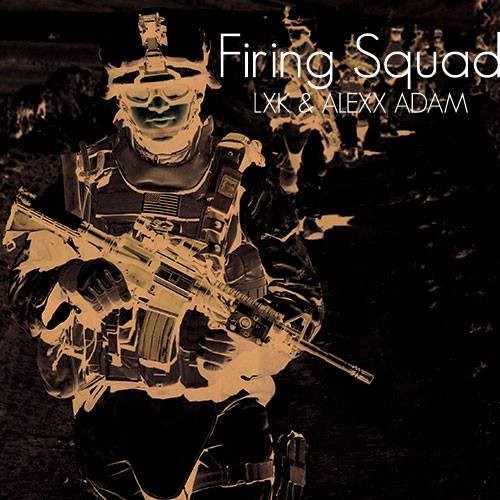 Just released today for free download was the original ‘Firing Squad’ by LXK & Alexx Adam. The track is labeled as a Trapstyle track which blends the styles of Hardstyle and Trap together in which we think is a massive combination with this track. Listening to the breakdown, you can hear it’s Hardstyle influence throughout in the build up. Once the drop comes in, it catches you off guard as the 808’s come on with some heavy screeches that pop off and is big.

Alexx Adam is an upcoming artist from the Bay Area who has been gaining attention quickly as he continues on the rise. Already having opened for big acts such as Porter Robinson, Zeds Dead, Benny Benassi, Arty, Showtek, Mat Zo, Myon+Shane 54, Audien, Kill The Noise, Dirtyphonics, Headhunterz, Kennedy Jones, Matt Lange, Robbie Rivera, Bassjackers, Brillz, Congorock, Krewella, Cazzette, Downlink, Paris & Simo, Danny Avila, Starkillers, Crizzly, Sultan and Ned Shepard.. plus many more. Along with the many names he has opened up for, he has even played the main stage this past year at Beyond Wonderland Bay Area. He is a name to look out for. Check out the track below and grab yourself a free download.

Hailing from the San Jose Area, LXK is one of the Bay Areas most rising talents. Getting his head-start under his previous melodic alias Somnium Sound, LXK intends to bring his heavy, unique style into the festival world. With his metal background, his take on hardstyle-influenced trap and big room is fast, aggressive, and consuming. LXK isn’t afraid to experiment, Producing genres such as moombahton, and other subgenres of bass music. He is currently in the process of gaining more exposure as an artist, and has a lot of support from the bay area music scene and his peers also trying to expand their music. His powerful ambition and varietal take on electronic music is what he will be using to have his tracks played by the biggest names in Dance Music, and will continue to pursue the ability to share his music with the world.