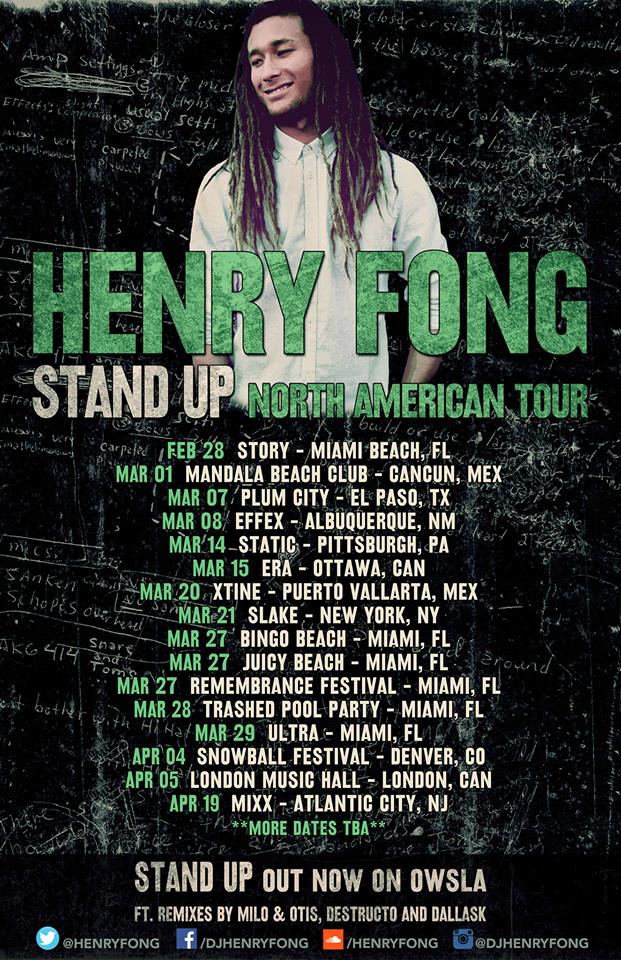 We had the honor of meeting up with Henry Fong in the green room aka “The Bank Vault” in downtown New Orleans at Club Ampersand for this exclusive interview before he heads off to Ultra Music Festival 2014. This is technically the craziest time of the year for New Orleans due to Mardi Gras but what they weren’t expecting was for Hurricane Henry to throw down an electro powered set filled with impressive mashups from his private collection. I’ve have seen several sets and this is by far one of the best. Below you will find the questions we asked Henry in the BANK VAULT. You will also get the chance to hear Henry’s collaboration with his good friend DallasK titled “Blackmail” out on April 11th on Ultra Records! Shoutout to Mikal Minhas for helping me with this interview.

Henry you had a massive 2013 with releases on Revealed, Hysteria, OWSLA, Spinnin’, and Megaton. What does it feel like looking back on such a successful year?

It was pretty crazy and I wasn’t touring so I had a lot of time to focus on music. The ability to have that time to dedicate to producing was a big contribution to cranking out these productions. I was literally in the studio 7 days a week 12 hours a day. I feel like I am now starting to reap the benefits.

Do you prefer DJing or being in the studio producing the next ground breaking composition?

I am a DJ first. I really love to get out there with the crowd and having a great time. Producing came second and DJ came first and is my passion. Producing was a by-product of DJing so DJing will always be my number one focus.

Adding to that 2014 is already off to a sprint with OWSLA signing your originally free release “Stand Up” to their label accompanied by some serious heavy hitters laying down some remixes. How did that signing come about?

I initially released “Stand Up” as a free download to be a follow up track for “Get Down” that released on Hardwell’s Revealed right before Miami Music Week last year. I was talking with the guys over at OWSLA and they asked me if I would be interested in re-releasing it on the label. I was completely down for that. The guys over at OWSLA are so cool. Real great guys.

This will be your first year at ULTRA MUSIC FESTIVAL. How does it feel getting a chance to play this caliber of a festival so close to where you went to school and grew up?

Man, it is such an unreal feeling. I have been waiting and practicing for this moment for years. Finally getting my chance to show Ultra what I can bring. Very excited for Miami and the shows before it.

Coming from a promotional background how has this shaped your career?

I started the first EDM based college night at my school UCF in Orlando. I really just built on that and was able to open for local DJs and bigger acts that came into town. This definitely helped me with my career and understanding of how the promotional side worked in and out of the studio.

You mentioned “skype studio” in a previous interview. Is that how you collaborate with people around the world and how does that process work?

Yeah it’s a great way to collaborate with people like Mike Hawkins when they live half way around the world. We just start talking about an idea. We start making sounds and do a lot of sharing screens. After we get an idea down we will bounce wavs files out real quick. Then build on top from there.

In the future for Henry Fong. What can we expect?

I’m on the road a ton, really loving touring around North America playing shows on my STAND UP tour and we’re looking to add a few more dates. I also have a couple of originals in the works and a few big time collaborations I can’t discuss quite yet, but be on the lookout for those!