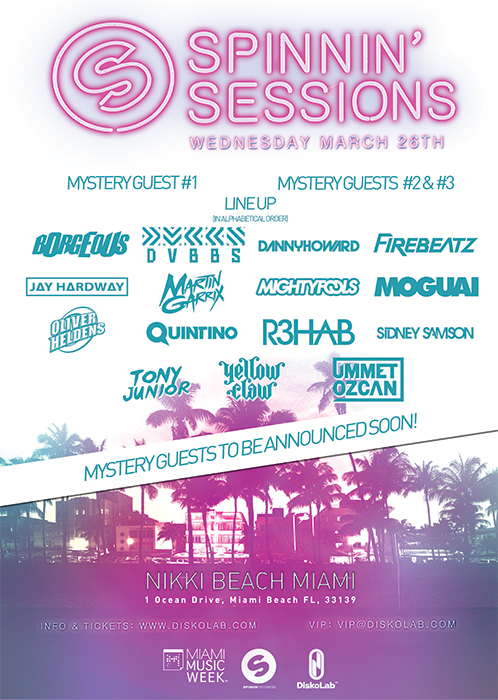 It’s been record breaking year for the world renowned Dutch label, Spinnin’ Records, as this year to warm up for WMC – MMW – and UMF, the label has brought an incredibly over-luscious lineup to Nikki Beach to ensure and let fans know who’s running the game.

The lineup serves as if it was the main-stage at Ultra, and best believe that a number of records from the label will be actually played to the thousands of attendees and online listeners during the festival.

Be part of the celebration of house musics’ best artists and tracks as intimate beach vibes will all stir in along with the perfect Miami beach setting, giving you the best kick off night in South Beach you deserve.