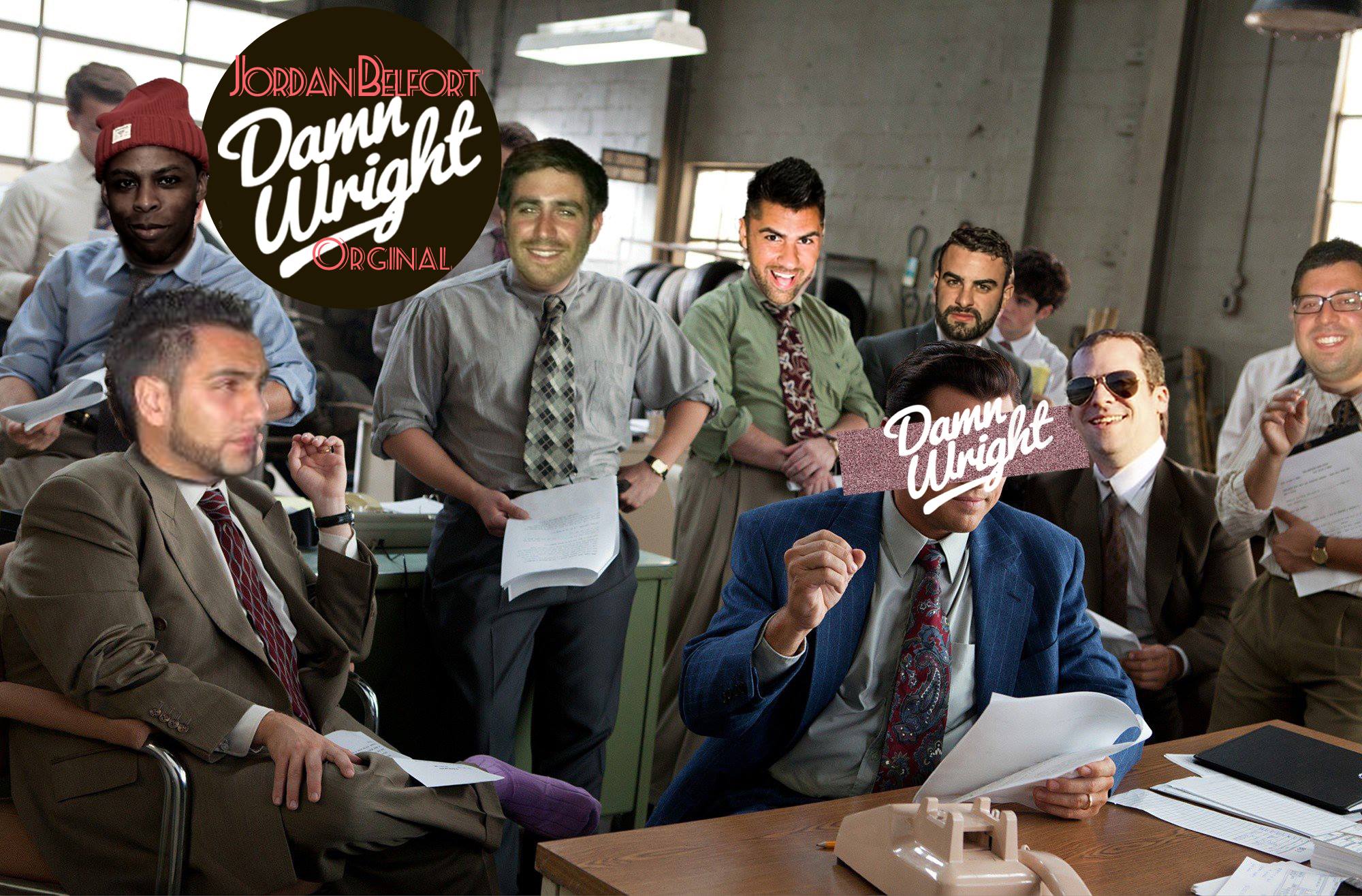 Damn Wright is at it again. This time he’s recruited some of the top d-list names in the music industry (from right to left) Matt Myer (Am Only), Lee Anderson (Am Only), Will Runzel (Lure), Nima Nasseri (ATM Artists), (I forgot who the black guy was and other guy but he looks like Peter Parker), and finally Ash Pournouri (At Night, PRMD, Le7els).

Slaying birds and slaying tracks, Damn Wright’s trademark structured hard hitting big room trap song takes a final stab at the recent Leonardo Dicaprio Oscar news, pretty much stating f*ck Hollywood and all the herbs in it. Check out what the legend himself had to say.

“THIS IS MY NEW TRACK JORDAN BELFORT THE REAL WOLF ON WALLSTREET. I THOUGHT I WOULD SPICE UP THE ARTWORK WITH SOME REAL POWERHOUSES BEHIND THE EDM SCENE. FOR THOSE WHO DONT KNOW THEM YOU SHOULD BE ASHAMED OF YOURSELF. BUT ITS OK I STILL LOVE U. #AGENTSONWALLSTREET” – Damn Wright