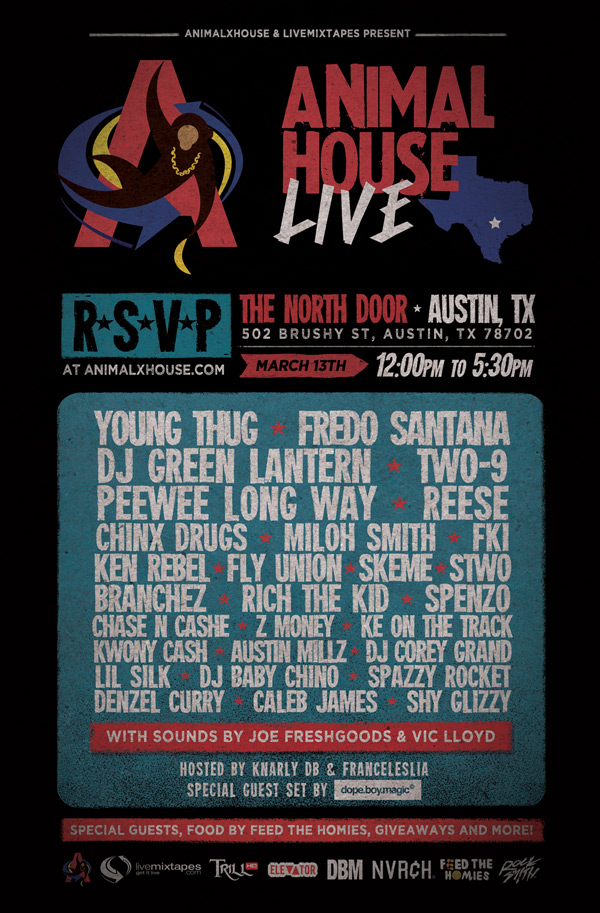 The good homies at LiveMixtapes and AnimalxHouse return to Austin, TX this year, throwing their 2nd annual AnimalxHouse Live showcase. 2014’s AnimalxHouse showcase boats a beastly lineup hat’s going to have the trap heads going INSANE. Headliners include 2014’s most buzzed about ATLien, Young Thug, who is sure to perform his bangers, ‘Stoner’ and ‘Danny Glover’. AnimalxHouse and LiveMixtapes do not stop there, they also brought along Chicago’s drill scene star, Fredo Santana, the legendary DJ Green Lantern, FKi, Austin Millz and more. AnimalxHouse LIVE takes place on March 13th, 2014 from 12-5pm. I will be in attendance as well, if you catch me in the field, say what’s up and receive free TSS merch!