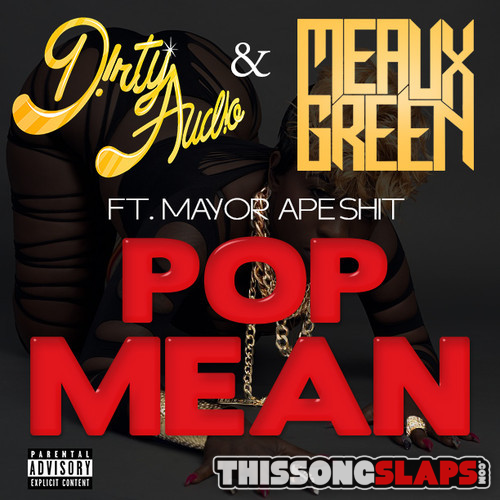 Look no further, you have found the next big trap anthem that is going to sweep the nation by storm and tear down a dance floor near you in the very near future. As you know, Meaux Green & D!rty Audio have been working very hard at perfecting their trap skills behind the boards over the past few months, and you know what they say; practice makes perfect. This TSS World Premiere, titled “Pop Mean,” features enegetic lyrics from Mayor Apeshit and all the thunderous 808 drums and bass you need to turn the f**k up.