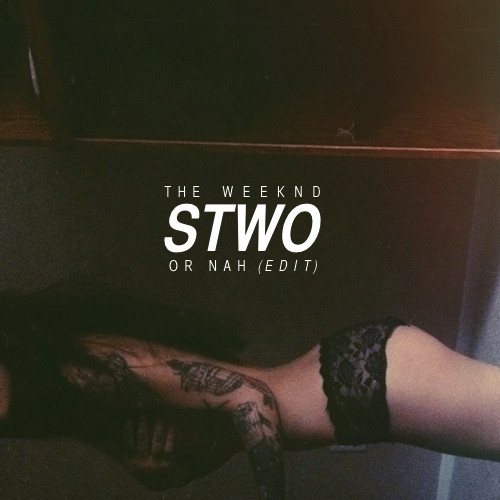 As if this joint couldn’t get any hotter, even after a self rendition by The Weeknd himself. Stwo, comes back with an edit of the hit rap banger “Or Nah” by Ty Dolla $ign featuring Wiz Khalifa. Now, we all have those somewhat attractive, self-pretentious, upper-middle class group of annoying white girls that listen to rap but reality wise aren’t about that life but, you’d still smash dash each and every single one of them in an instant.

Anyways, just imagine yourself in comfortable room with those same girls and a number of regular male friends who don’t quite have the same music taste in you. Now, there’s two options you have here: 1 – be b*tch and hide the entire night or 2 – be an alpha male, ask whoever’s ipod is playing and tell them their music is whack, then simply put on this record and watch as all the birdies come flocking towards you. No need to thank me, it’s simple protocol for people with great taste in music.