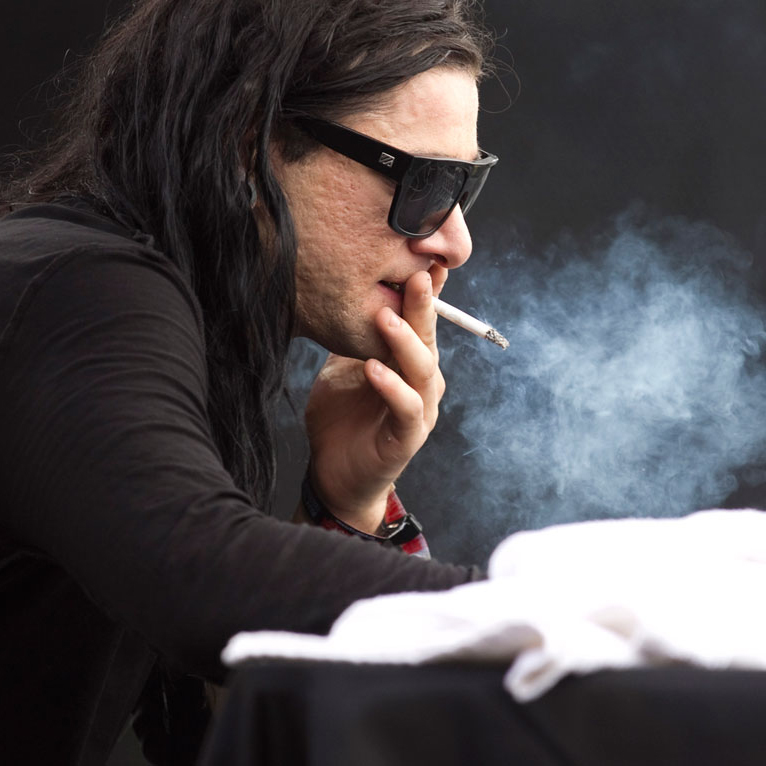 The brief video below that Fatman Scoop uploaded to his Instagram account 3 months ago had the EDM world in a frenzy as two of the biggest producers, Kill The Noise and Skrillex, are shown working on a collaboration featuring emcee Fatman Scoop. Well, sure enough, Sonny was kind enough to premiere the track during a live show, and someone else was kind enough to catch it on tape for us to share with all of you.

The below video is a clip of Skrillex dropping this massive production, which combines elements of old school Skrillex dubstep with Kill The Noise’s notorious bass growls and Fatman Scoop’s energetic voice hyping the crowd up, during a live show at Melkweg in Amsterdam. I cannot wait until this one is released.

RL Grime Premieres Highly Anticipated Collaboration “Tell Me” With What So Not
Afrojack & Avicii Caught In The Studio Together: Forthcoming Collaboration?