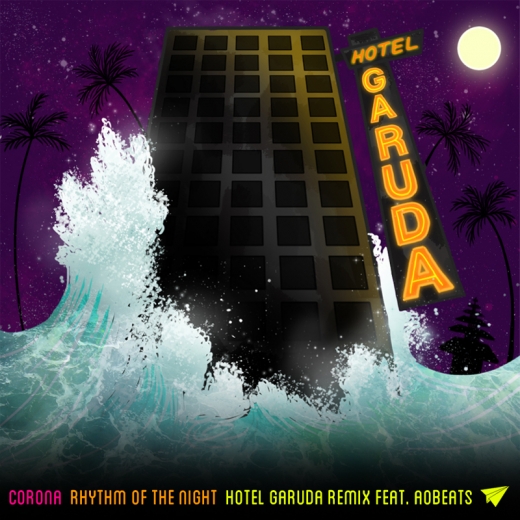 I’ve been on such a deep house kick lately (I mean, who hasn’t…) and Hotel Garuda’s remix of White Noise by Disclosure has been a staple for me. Today, Hotel Garuda sent me their newest remix of the 90’s classic track “Rhythm of the Night” by Corona. What better way to explain a track then straight from Hotel Garuda themselves:

“The inspiration for this track was to keep the playfulness and catchiness of the original and alter/update the soundscape to something we felt matched our current taste in music. Manila Killa originally had the idea of remixing this song, and we went back and forth exchanging ideas and arrangements until we settled upon what you hear in the track. We had a hard time coming up with a cool synth line so we sent AObeats the track, and he basically gave back four awesome solos. We chose our favorite and that’s the one in the final version of the track. Put it on your iPod, take it to the beach and soak in the summer vibes!”