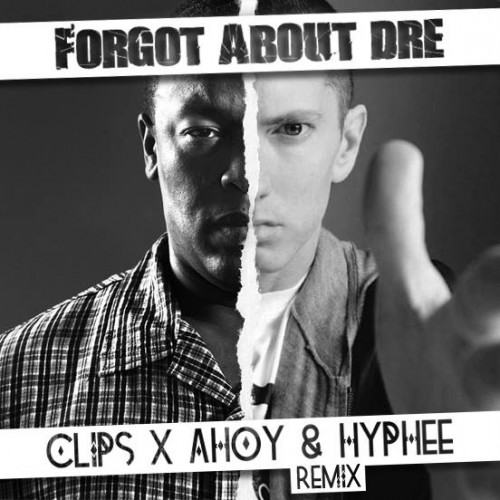 Now that we’re passed the holidays and all the relaxing vibes they bring, it’s time to squeeze in just a bit more turn-up before the new year is upon us. DJ/Producers Clips X Ahoy and Hyphee have teamed up to transform Eminem and Dr.Dre’s classic “Forgot About Dre” into a massive trap banger.

The duo has crafted three hype-inducing drops within this track shaped around the legendary original vocals of the two rappers. They take turns spitting over intensely suspenseful build-ups before dropping into trap nirvana, each drop more massive than the previous. The production additions (monstrous beats, soaring lead synths, giant bass) blast the original 2000 classic into the turnt-up present, so grab the free download and get amped all over again on one of the best tracks of the past and present!