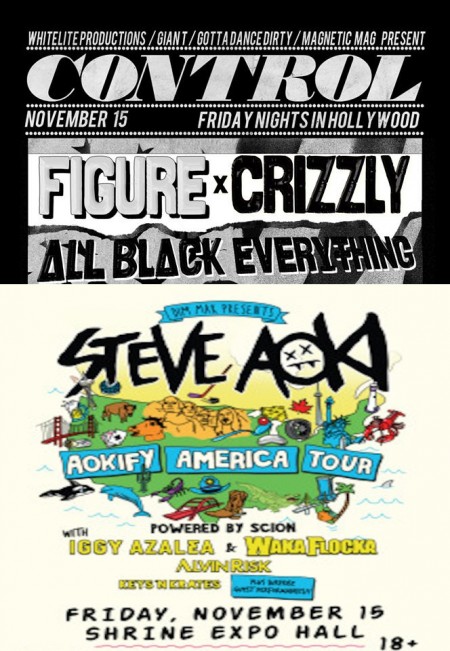 Attention Los Angeles! Looking for some shenanigans to get into this Friday? Well, look no further as there are two incredible events happening at both the Avalon Hollywood and The Shrine Expo Hall. 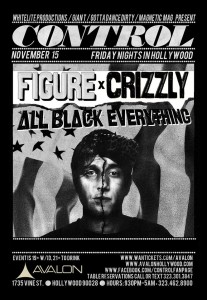 Control Fridays at Avalon Hollywood featuring Figure, Crizzly, K Theory, and DJ Sam Hiller
Avalon Hollywood is one of my favorite spots in Los Angeles. You can basically find me there every Friday for Control Fridays catching up on some serious talent and good times. This week Control invites you to All Black Everything featuring some DJs you don’t want to miss. So who am I talking about? Up on the decks will be none other than Figure, Crizzly, K Theory, and resident DJ Sam Hiller. If you haven’t heard of Figure’s latest Monster Volume, or Crizzly’s “Chain Hang Low,” remix or even any of K Theory’s incredible trapped out tunes be sure to check them out as this is one live performance this week you don’t want to miss!

You can purchase tickets here and check out any of the artists on the links below! 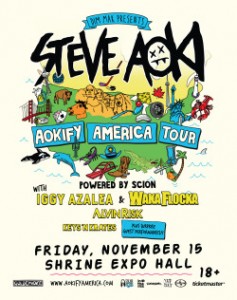 Aokify America Tour @ Shrine Expo Hall feautring Steve Aoki, Iggy Azalea, Waka Flocka Flame, Alvin Risk, and Keys N Krates
Okay, LA- it’s time to get some cake and eat it too as Steve Aoki comes to the Shrine Expo Music Hall to feed some fans and Aokify this city. On this stop Steve Aoki is bringing friends Iggy Azalea, Waka Flocka Flame, Alvin Risk, and the talented trio from Canada Keys N Krates. I’ve never personally been to The Shrine, but I’ve heard nothing, but great things about this venue not to mention about the kiler line up! From Iggy Azalea and Waka Flocka Flame taking care of the hip hop flow to Alvin Risk and Keys n Krates bringing in the incredible electro tunes this is one night of variety that’ll be sure to feed your music cravings.

You can purchase your tickets here and check out the artists on the links below!