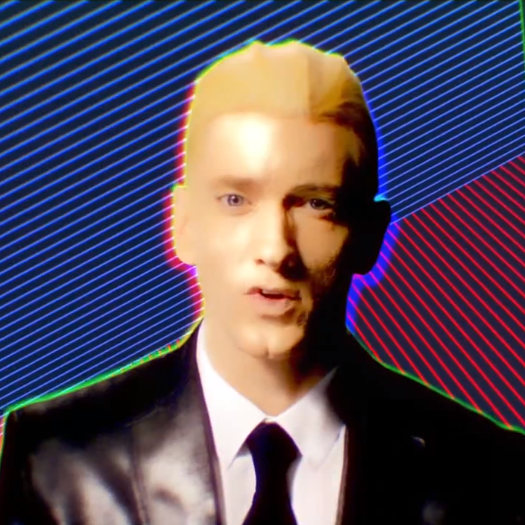 Eminem has just released the latest visual, this time a music video for his song “Rap God” coming of the MMLP2. While making a bold claim about his elite status as a “rap god” climbing to the top of the hip hop game, the music video, directed by Rich Lee, takes a more comical approach while turning Eminem into 1980’s sci-fi character Max Headroom. Check out the video below.