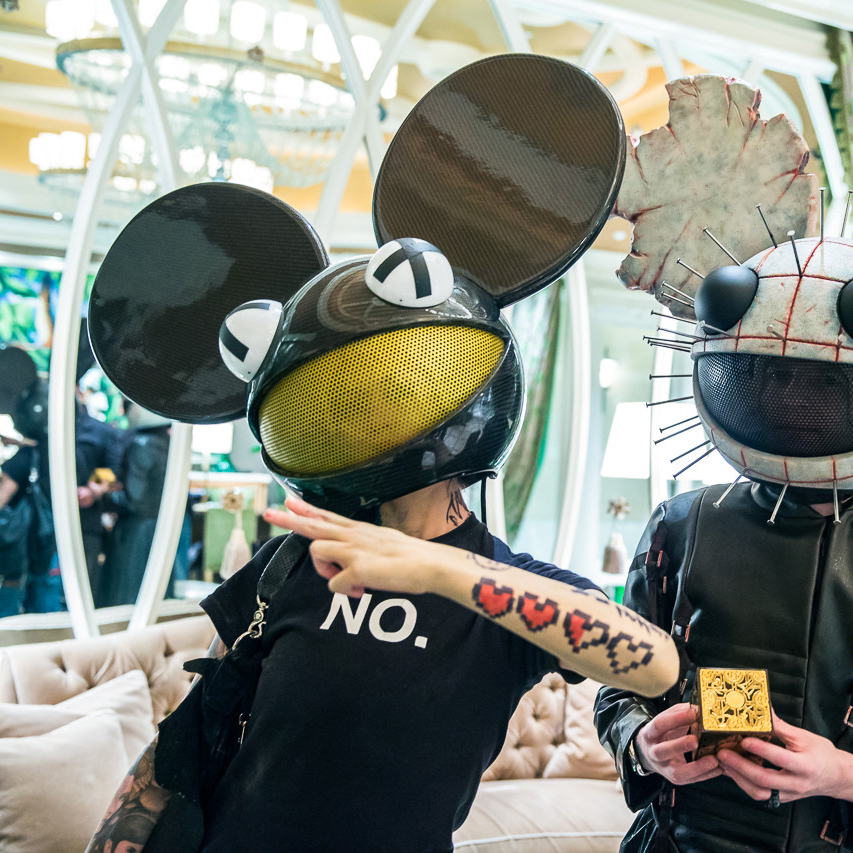 Deadmau5 has said goodbye to Twitter for good, letting his fans know that his management will be taking over his account from here on out due to “reasons of his own.” All of his previously tweeted content has been erased from his account, and the only tweet that remains is his goodbye message below.

Along with his goodbye, the Mau5 uploaded 7 eerie tracks to Soundcloud earlier this morning in a 19-minute set titled “7”, representing the 7 deadly sins. Stream below.

Maybe we’ll hear from the Mau5 again. Maybe we won’t. Only time will tell.

I’m no longer going to be managing my own twitter account for “deadmau5”. I’m going to let management deal with that account. My reasons are my own, not because of something i said, not because of this hilarious I.R.A. vs “ira” craic, not because of lady gaga’s infinite legions of brain dead fans. but as i said… reasons of my own.


Perhaps ill return to that in world as some reincarnation of sort, but for now, that’s off the table for me. I’ll continue to upload new music to my soundcloud, and the twitter account will point you in the right direction for the most recent happenings… but enough’s enough with living on twitter. Time to at least start by living in the studio making music without having to be force-fed stupid shit that annoys me, when all i’m trying to do is connect with fans.


as for the fans, thanks for all your continued support and understanding of my decision to personally unplug myself from the very thing that’s making me upset. As i’ve mentioned, the account will remain alive, and *my team* (yeah i went there) will keep you just as updated on the ongoings with new music and shit that actually matters.


To leave you with some good news, my new Tricaster arrives today. SO perhaps ill be streaming video with direct audio a lot more often.
thanks for having my back on this one.