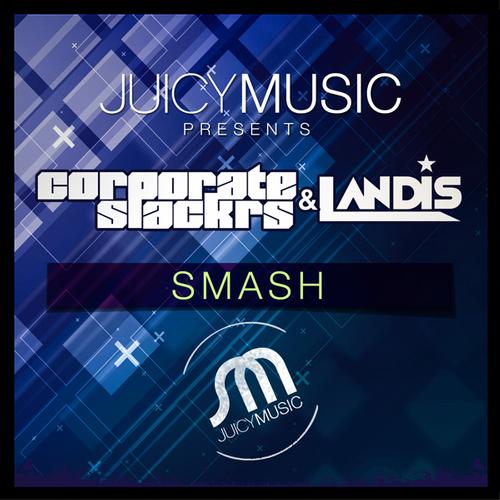 Florida’s best kept secret, Corporate Slackrs (supported by: Steve Aoki, Robbie Rivera, Paul Oakenfold, Bingo Players, Heroes X Villians), has finally unleashed the beast ‘Smash’ along with the help of Landis. Just after Corporate Slackrs smashed EDC Orlando a few weeks ago, their follow up to the first original version of ‘Smash’ and trap version ‘Smush’ was released on Juicy Records. As the moniker “smash” could be used in any different way possible such as “smashing the club” or “smashing a$$”, I like to use it in a sense of smashing records as that’s all the Corporate Slackrs do and will continue to. Digitally pick up your copy of ‘Smash’ via Juicy Records.