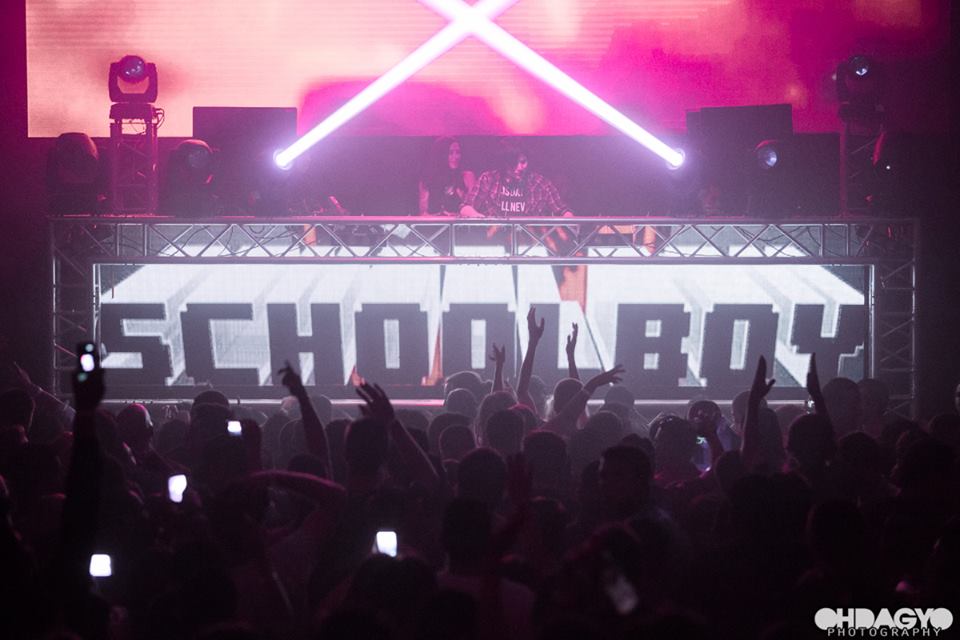 This DJ needs no introduction and while I’m terrible at speeches, I’ll give it a shot anyways to relay my excitement. A couple weeks back I had the honor of sitting down with Schoolboy as he played one of my weekly spots, Control Fridays at Avalon in Hollywood. Since, hearing his The Science Project EP I had been following this DJ closely.I knew I could always count on some filthy dubstep to blast through my speakers whenever a track of his came out. From “Antidote,” to “Aftershock,” Schoolboy’s remixes and originals always harness some massive energy that you can’t help but get a little crazy to. In addition to not only letting us pick his brain and find out what makes him tick, Schoolboy has given TSS the exclusive listen to “Aftershock” VIP. You can catch this absolutely huge tune at the first half of the interview followed by his “Hey Now,” remix! So get down and learn something. School is now in session.