Bassnectar’s Immersive Music Tour Kicks Off On The East Coast 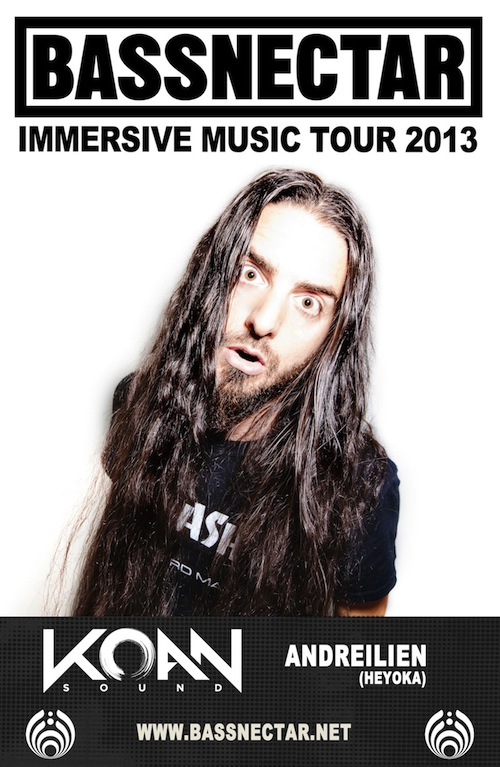 Bassnectar’s Immersive Music Tour Kicks Off On The East Coast

We’ve been covering Bassnectar’s activity quite heavily lately with the release of his latest EP and sides one and two of his fall tour mixtape. As always, all of the music is banging and beautiful, and starting tonight, he might be coming to a town near you. The tour, with support from Koan Sound and Heyoka, is starting off strong this evening in Pittsburgh, PA, and will be moving across the US and even venturing briefly into Canada. The full dates are listed below, which ones will you guys be at? I’m going to be at the show at Penn State this Thursday, which is sure to be wild as Penn State always throws down, and am also making the journey out to Denver for New Years Eve, which is sure to be unreal. The TSS Fam will definitely be represented at a ton of these other shows as well, so be on the lookout for our campus reps giving out stickers and bracelets. Check the full list below, and be sure to snag tickets ASAP, as many of these shows will probably sell out if they haven’t already.