Subscape – I Need You / Close Your Eyes + Music Video & Interview 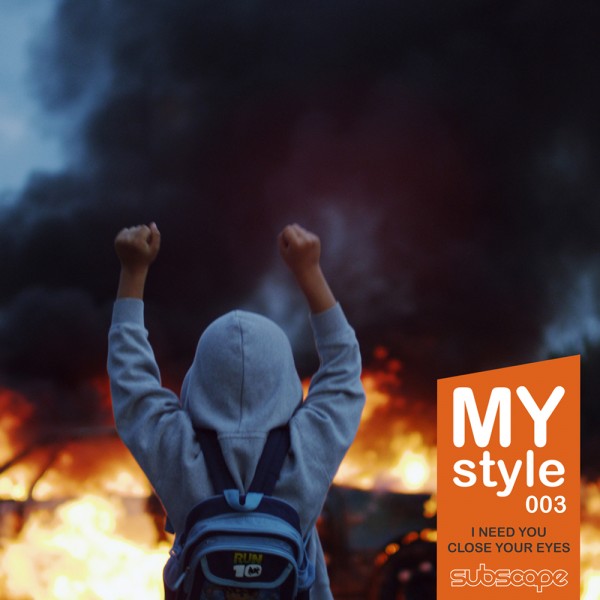 Subscape – I Need You / Close Your Eyes + Music Video & Interview

I was so happy to see these tracks finally getting their full release on Beatport a few days ago. Dub Police is one of the most iconic labels in the history of electronic music, with Dubstep Godfather, Caspa, at the helm. One of the original members of the Dub Police family, and certainly one of my favorites, is Mr. Anthony Peters, AKA Subscape. Subscape burst onto the scene around 2007 and has been making waves ever since. Filthy, filthy, waves. All of his tracks are absolutely incredible, and ‘I Need You’ and ‘Close Your Eyes’ are no exceptions. Productions like this come as such a breath of fresh air because let’s be honest, a lot of producers (Read: Most) are just making the same type of music and beating it to death (Read: Big Room House) so it’s nice to get reminded by guys like Subscape that there are still producers out there who don’t care about what’s popular, instead they make whatever the hell kind of music they want to. The based-gods be praised, I got to ask Subscape a few questions and get his take on things. Yes, I was fangirling.

TSS: If you could give any piece of advice to a younger you starting out, what piece of advice would that be? Did you have a mentor or someone who greatly influenced helping you?

Subscape: One piece of advice I would have given myself would be to keep on experimenting and experimenting with more styles and studio equipment and not to get frustrated about not being signed yet. It takes time to get somewhere in any profession, with dedication, patience and the ability to use the right tools and opportunities you’re given in life the right way, you can get to where you want to be. I’ve been lucky enough to have some influential people in my life to help me, whether it be my parents, sister, friends and also Caspa who has given me a lot of advice in my early days on Dub Police.

TSS: If you visualize music as your listen, what (generally) do you imagine?

Subscape: Sometimes when I listen to music I can associate different moods with different colours, like blues and greens for the chilled out stuff and reds and purple for the more aggressive music. Whenever I hear an old Dubstep or Drum & Bass tune that I have on vinyl I can alway recall the sleeve artwork.

TSS: Tell me about your most memorable night out. Either as an artist or as a music fan. Both?

Subscape: I have a lot of great memories of gigs but some of the best have been with my friends as a fan. One time that stands out for me was when I was at Glastonbury with my close mates raging out to the Chemical Brothers, that set was unreal.

TSS: Talk about some of your classic memories of touring? What cities stand out to you? Stories?

Subscape: My best memories have been on my first tour to the USA with the rest of the crew from Dub Police. This was just around my Universal EP release and I was battering the tunes on that EP for the first time in the states, and was getting some great reactions from it. Also being on tour for the first time and being with the Dub Police crew was such a laugh, a lot of jokes and pranks flying about, you had to sleep with one eye open. Haha!

TSS: What is your biggest source for new music? Soundcloud? Blogs? Friends? Where do you go when you want to find a fresh new track?

Subscape: I’m always searching for new music and artists to play in my sets, I’ll find new music anywhere from live sets in the club to the internet. I get sent a lot of stuff directly from a few people in the scene that I can rely on to have fresh beats. My house mates listen to a lot of music too and they can come bursting into my studio showing their new found gem.