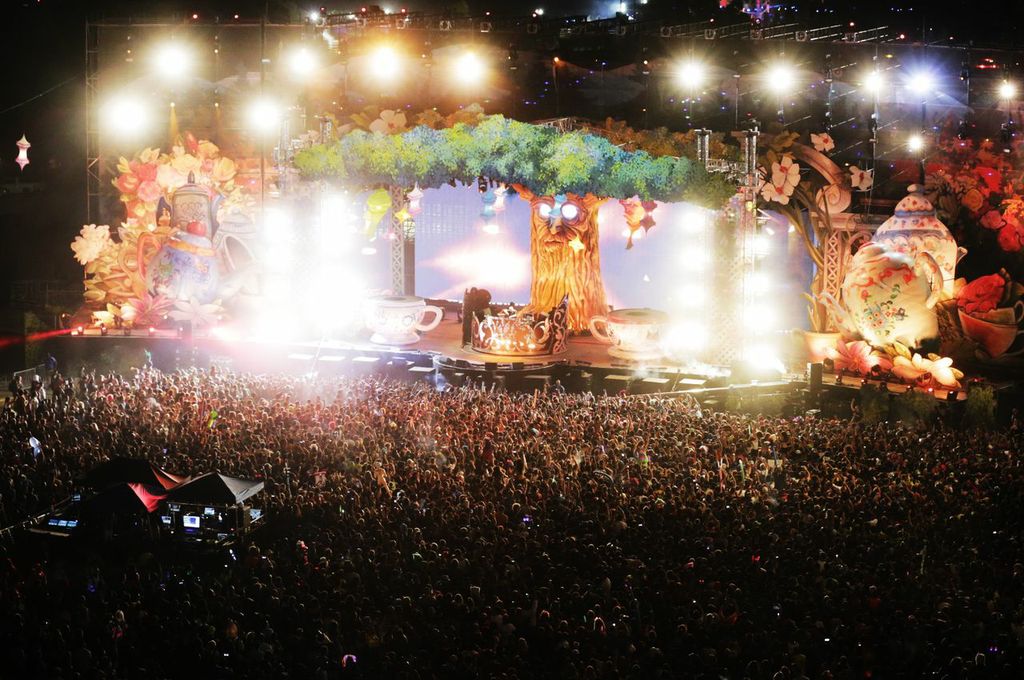 While festival season for Summer is coming to a close, Insomniac is still bringing the biggest and baddest events to California to keep the good vibes going. Most recently, Insomniac returned to San Manuel Ampitheater to bring back to life the adventures in Nocturnal Wonderland. The trip down the rabbit hole brought a whopping 43,000 music lovers and fans together for a night that will last forever. 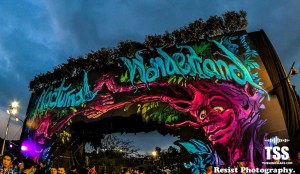 When I first arrived, my feet couldn’t hit the dirt fast enough. After spending hours in the car in anticipation, I was ready to get my heart rate up and see some live music. Getting in was a breeze- just the typical checks of bags and scanning of tickets and my friends and I were in. The trickiest part was figuring out which stage was where. We first wandered to the closest stage and tried our best to play guess who’s playing. When that didn’t work, I asked around and an Insomniac Grounds worker hooked it up with a map. This was my que to let the games begin.

After hearing his Shambhala Mix for the better half of the ride, Excision was a must see on my list for the night. We trekked to the Labyrinth Stage where the bass was booming and definitely a tell tale sign Excision was on. The crowd was beginning to warm up and really started working with the wobbles and enjoying the vibrations of the bass.  The stage production itself was enough to excite any attendee as a robotic tree with a moving mustache and blinking eyes encouraged the crowd to express themselves. It was also massive where any spot in the crowd was a good spot in the crowd. 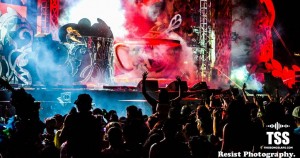 Keeping in the bass spirits, we then traveled back to the Labyrinth stage, which resembled an industrial playground where Bro Safari and his MC were hypnotizing the crowd with insane beats. Once his set came to an insane end, we kept up the sweat by mobbing it back to Queen’s Ground where Krewella was getting wet. They had one of the most insane intros as fireworks were exploding in the sky as they opened with their party inducing tune, “Party Monster.” The girls did live vocals, not only encouraging the crowd to sing along, but really bringing their music to life. 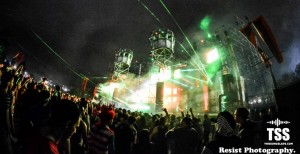 The last sets of the night we decided to end  with were Netsky, Kill The Noise, Bingo Players, Carnage, and Datsik. Netksy rocked his set throwing down some Disclosure and playing my favorite, “Come Alive.” Kill The Noise kept the energy alive with tracks like “Clarity,” “Rollup,” and his traditional closer “Thumbs Up (For Rock N’ Roll).” Besides Krewella, Bingo Players was one of the most energetic sets of the nice. Not only playing hit after hit, but really reading the audience and what they wanted. From Avicii’s “Wake Me Up,”  to a “Bird Machine/ Snap Yo Fingers,” Mashup new and old were coming together and in the best way possible. By the time we arrived back for Carnage at Queen’s Ground, the original “Simon Says,” was playing and the crowd was getting rowdy. The Chipotle Gang came and conquered, showing mad love to Chipotle King. Fans were also able to get another tasty treat as Carnage dropped a new collab with Borgore about halfway through his set.  To close the night, I couldn’t think of a better person to have ringing through my ears than Datsik. As always, the man throws down some of the most insane sets I’ve ever witnessed and always comes through with monster tunes.  He premiered his remix of one of Destroid’s tracks  which he said he worked on for 15 hours in an interview we did before his set.

This night will last more than just in photos, but a lifetime in memories. I was thoroughly stoked on how the night turned out and the ability to fit as many amazing artists into an 11 hour span. Besides the small problem with the ATMs and not being able to find the bridge shortcut from the Queen’s Ground to the Labyrinth until the very end, these are all just little things in comparison to the big picture. From the production to the art installations to even the live performers, Insomniac really brought Wonderland to life and I can’t wait for the chance to go back.