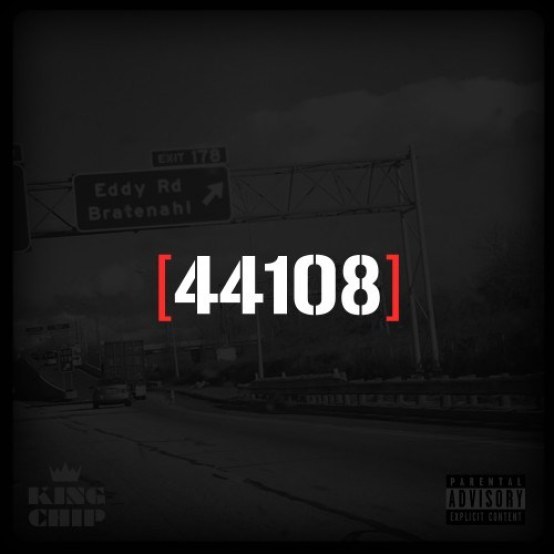 This shit should have been an album. King Chip, formerly Chip Tha Ripper, dropped his highly anticipated 44108 mixtape for free a few days ago. The title and mixtape are a HUGE shout out to Chips hometown of Cleveland OH. He holds it down for his city in this 19 track tape and goes super hard every single second that he’s on the mic. This one has serious production on it coming from the likes of Lex Lugar, Travis $cott, Cardo, Rami, Big Duke and WZRD. The line up for features on this mixtape are crazy! Chip got fellow Cleveland rapper Kid Cudi on a track! You’ll also hear verses from Pusha T, Travis $cott, Ray Cash, Layzie Bone and Chevy Woods. If you’ve been sleeping on Chip then you’ve been asleep for way too long. So get out of bed, turn your speakers up and prepare to listen to one of the nicest mixtapes of the year!